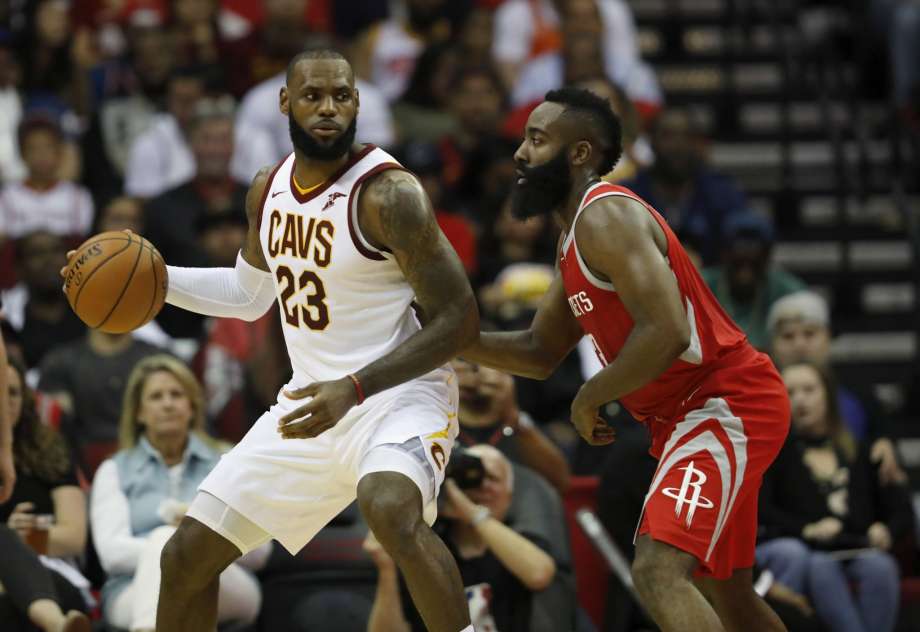 Houston Rockets shooting guard James Harden was announced as the 2018 NBA Most Valuable Player on Monday. Harden was presented the honor during the NBA Awards show that took place in Los Angeles. It was the second straight year that the awards were announced on a live television awards show.

Harden had an outstanding year, averaging a career-high 30.4 points per game. In fact, that scoring mark was good enough to lead the NBA in scoring. The 28-year old also averaged 8.8 assists and 5.4 rebounds along with 1.8 steals per contest.

The Rockets also finished with the NBA’s best record at 65-17. That’s a testament to Harden and Chris Paul, who anchored their team to a strong season. This also marks back-to-back seasons for Harden leading Houston to a top-three spot in the West.

Finishing second in voting was Cleveland Cavaliers forward LeBron James, who had stellar numbers in his 15th NBA season. James finished with 27.5 points, 9.1 assists, and 8.6 rebounds per game in a league-high 36.9 minutes per contest.

James also played all 82 regular season games for an overall tally of 3,026 minutes. It was the first time in his career that he played every game of the regular season. He played 81 games in the 2008-09 season, the second-highest total of his career. He won the NBA’s MVP award that season.

New Orleans Pelicans center Anthony Davis finished in third place. Davis really picked up the slack in the second half of the season for the Pelicans after the team lost DeMarcus Cousins for the season right before the All-Star break.

Davis averaged 28.1 points and 11.1 rebounds per game while leading the league in blocks per contest with 2.6. This is the third time Davis has led the NBA in the blockscategory, something that has made him a problem for opposing offenses since he was drafted.

LeBron James Wins 2018 NBA Play Of The Year For Buzzer-Beater Against Timberwolves In February
Video: Not Happening – 76ers Joel Embiid Makes Pitch for LeBron to Come to Philly