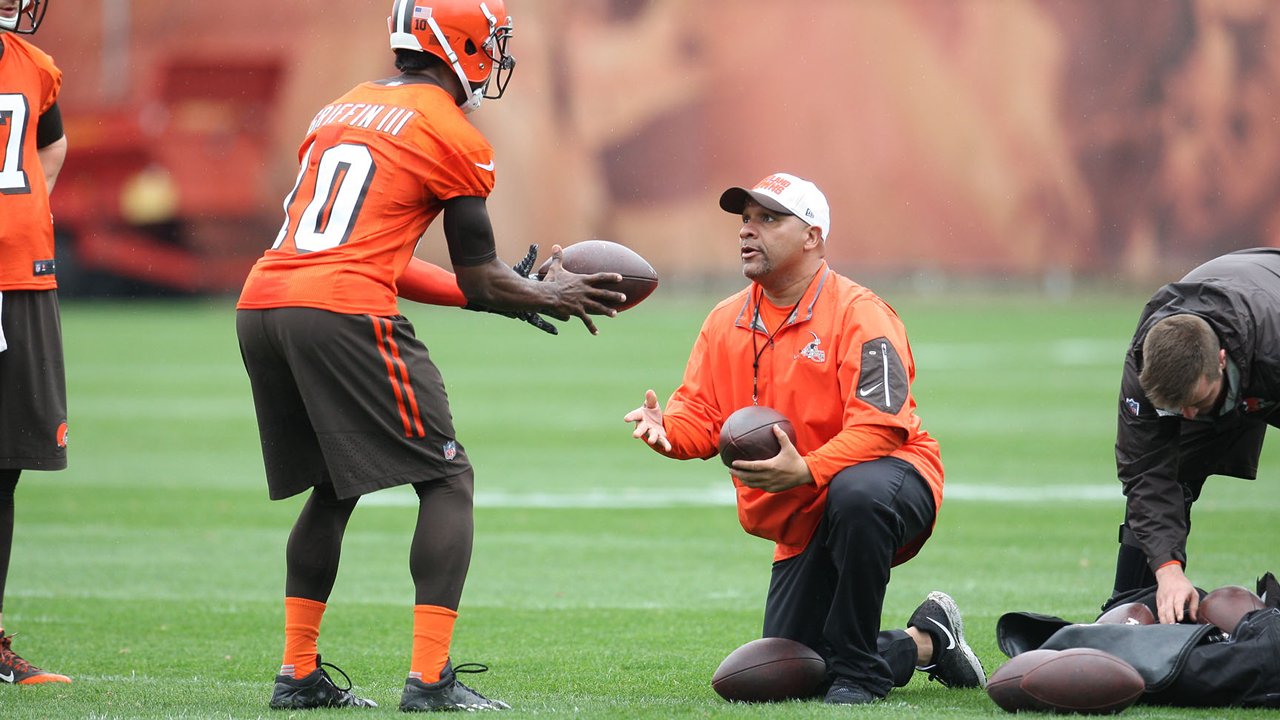 Getting praised by a head coach always makes a player feel good. Cleveland Browns head coach Hue Jackson talked to NFL Network’s Mike Garafolo about quarterback Robert Griffin III and his progress. This is according to SBNation’s DawgsByNature.

“I think he’s growing each and every day. He’s starting to master the offense. He understands that there’s a lot of different hats that position wears. He’s done a good job of getting our players in-and-out of bad situations. He’s done a great job of taking care of the football. That’s what you have to do to play this game.”

Just watching today, it looks like the ball is coming out pretty sharply. Do you agree with that? Do you like the zip on the ball?

“He’s improved, there’s no question about that. He’s understanding that every day when you come out here, you’ve got to stay after it. It’s a grind in order to be good.”

The Browns currently have a head coach who will announce the week 1 starter before the first preseason game. As of right now, RGIII looks ready to take over this team. Getting praised by Jackson should build even more confidence in the fourth-year quarterback.

We will keep you up to date if any more information gets released. Go Browns!