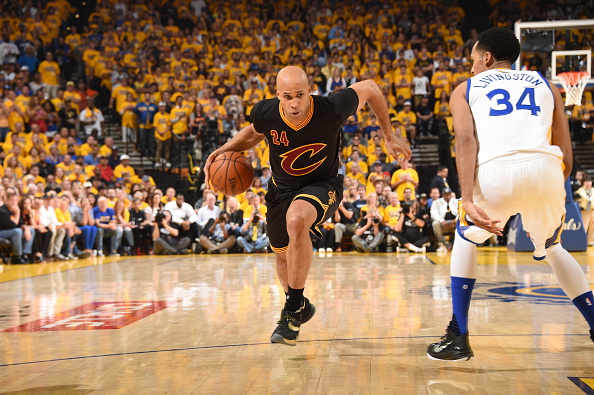 As the Arizona Daily Star reported Friday morning, Richard Jefferson’s former business manager is facing a federal grand jury on charges that he defrauded the Cavs veteran of $7 million over the course of nine years.

A federal grand jury in Tucson has indicted the ex-business manager of Richard Jefferson, a Cleveland Cavaliers player and former University of Arizona basketball standout, on charges of defrauding Jefferson of $7 million.

Theodore Kritza is charged with 22 counts of bank fraud, wire fraud, and aggravated identity theft, according to a June 14 indictment filed in U.S. District Court in Tucson. He was arraigned Friday morning, June 30.

Kritza forged Jefferson’s signature on bank documents in 2005 to give himself power of attorney over Jefferson’s finances, according to the indictment. Kritza made legitimate payments for Jefferson’s bills, but also used millions of dollars for his own benefit.

Jefferson is reportedly considering retirement this offseason, but should he choose to stay with the Cavs, he’s scheduled to make $2.5 million in the 2017-18 season.