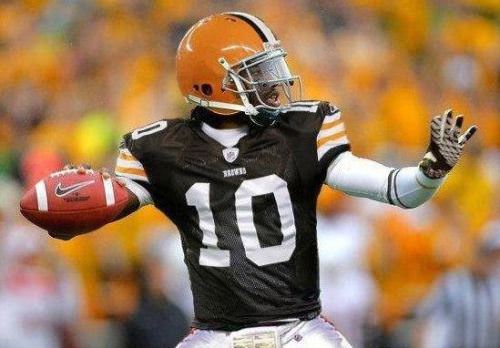 Here are some of the highlights of the press release. 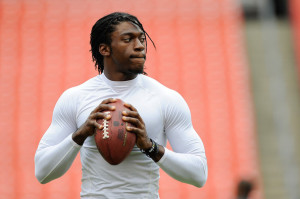 “I’m excited about the opportunity to join the Dawg Pound and help build something here in Cleveland. Coach Hue and Pep, I had a great meeting with them. I really believe in what they preach and how they can help not only me as a player but this team win games and that’s what we’re all about.

“I’m just excited to come in and compete. Nothing’s ever been given to me in my life, so I just want to go out and compete with the guys and grow with this team. I feel like that’s all I’m really focused on.” 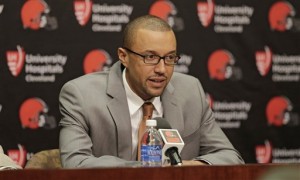 “We are excited to add Robert to our team. Robert possesses a unique skill set at the quarterback position. He has played at a high level in this league and is intent on doing everything in his power to return to that level on a consistent basis.

“After meeting with him, having him work out for us and doing our diligent research, we felt it was right to grant him an opportunity with our organization. We were able to see and feel his passion and commitment to re-establishing himself as a starting quarterback in this league and his embrace of the hard work that will be is essential to his development.”

“We’ve been clear on the importance of improving and stabilizing the quarterback position for our franchise. We have said that the draft is and will be our primary focus, but we will always look to complement the draft through free agency, and this is one of those examples. We look forward to working with Robert and getting him in the building with his teammates at the start of the offseason program on April 4.”

“We are excited about Robert joining the Cleveland Browns. He brings starting experience to our team and organization. He’s a young, athletic, talented passer and he’s really just starting out in this league. Just like every player on our team, Robert will have to earn every opportunity he gets. He will compete with the rest of the quarterbacks on our roster and he helps improve our QB room, which was one of my goals upon taking the job. It’s a special room and we want to put special people and players in that room.”

“We are looking forward to working with Robert, as well as the rest of the quarterbacks on our roster,” Jackson said. “We have a lot of work to do to prepare to be the best QB room in the NFL and we look forward to the challenge that lies ahead.”