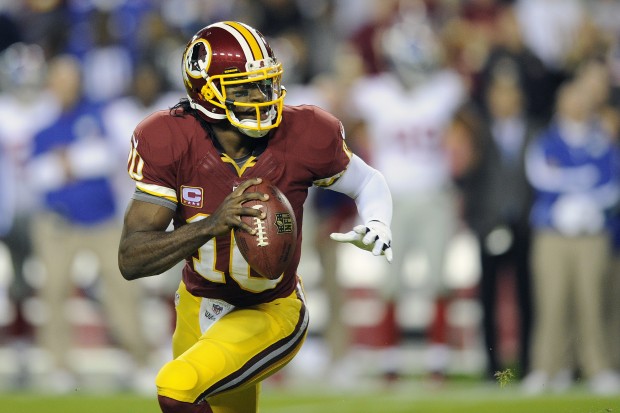 ESPN’s NFL Insider Adam Schefter reported Thursday afternoon that the Cleveland Browns have signed Robert Griffin III to a two-year deal worth $15 million, 6.75 Mil. of which is guaranteed.

And now the Browns say they have signed QB Robert Griffin III. It's going to be a 2-year deal.

Griffin sat on the bench all of 2015 with the Washington Redskins and has not played in a regular season game since December of 2014, but he is still only 26 years old.

His best season was his rookie year in 2013, when the Heisman Trophy winner from Baylor threw 20 TD passes with 3,200 yards passing. He only threw five interceptions that season. He also ran for 815 yards with seven rushing touchdowns.

He’s not the same player as four years ago, after several injuries and quite some time away from playing consistently, but if he can show flashes of what he did in his first two seasons in the league, Griffin will be a much better option at quarterback than any Browns in recent memory.

The decision to sign Griffin could impact the thought process of what the Browns decide to do in the 2016 NFL Draft, particularly with the number two overall pick.

According to Schefter, it also could impact the future of Josh McCown.

With RGIII set to become a Brown today, that figures to make Josh McCown available in a trade. Jets, Broncos, Rams still with QB questions.

Perhaps the Browns choose to ride it out with McCown as a backup and don’t select a quarterback in the early rounds of the NFL Draft.

The Browns could decide to trade down from number two overall in the draft to a team, like the Eagles, who reportedly are interested in moving up to get Carson Wentz.

We’ll see how all of that unfolds, but for now, Browns fans at least know who the face of the franchise will be heading into 2016.