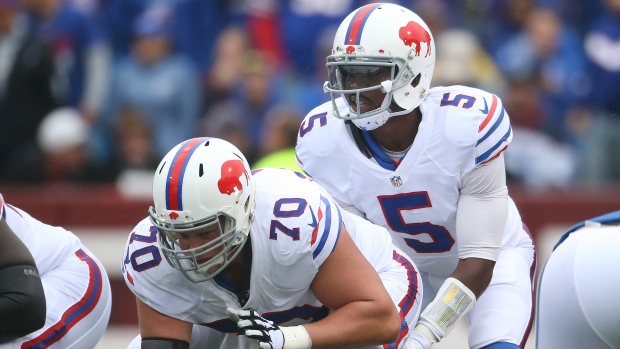 As the old saying goes, “one man’s trash is another man’s treasure.” The same can be said for new Browns quarterback Tyrod Taylor.

Despite leading the Buffalo Bills to their first playoff appearance in 17 years, Taylor wore out his welcome in Western New York after spending three seasons as the team’s primary starter. The Bills brass had seen enough from the 28-year-old signal caller – who often left much to be desired on Sundays – and shipped him to Cleveland for a third-round pick back in March.

But where the Bills saw limitations, the Browns saw opportunity. Looking for a proven veteran, high character guy to help lead the franchise out of the depths of a 1-31 record over the last two seasons, Taylor was an obvious solution for Cleveland at quarterback. His presence became that much more important with the addition of rookie QB Baker Mayfield on draft night.

Speaking as a guest on The Jim Rome Show, Thursday, recently retired Bills center Eric Wood, raved about the value Taylor brings to the Browns.

“Yeah, I think Tyrod is a really efficient quarterback,” Wood said. “Doesn’t turn the ball over a whole lot. Not gonna spout off with the media, not gonna make a bunch of headlines with his mouth. But very, very efficient at the position and an explosive playmaker at times.”

Having spent the last three years snapping the ball to Taylor and blocking for him, Wood certainly knows as well as anyone what makes Taylor special. He didn’t stop there though, describing the situation where Taylor will start ahead of a developing Mayfield as the perfect storm.

“I think it’s a great pickup for Cleveland, there’s no one better for Baker Mayfield to learn work habits from than Tyrod,” Wood said. “Throughout his career he sat for a while with Baltimore, so he got to observe and he saw what it took to be a big-time quarterback and he was there for their Super Bowl year and learned from Joe Flacco how to prepare. Then he learned leadership qualities from Ray Lewis and those types. Just a great fit for him in Cleveland. For him to get a chance to play this year, likely, but also pour into Baker Mayfield’s career.”

Taylor’s instinctual leadership should go a long way in shaping Mayfield into the respectable face of the franchise the Browns have longed for.