Report: Kyrie Irving Would Have Elected To Undergo Knee Surgery If Not Traded By Cavaliers Last Off-Season 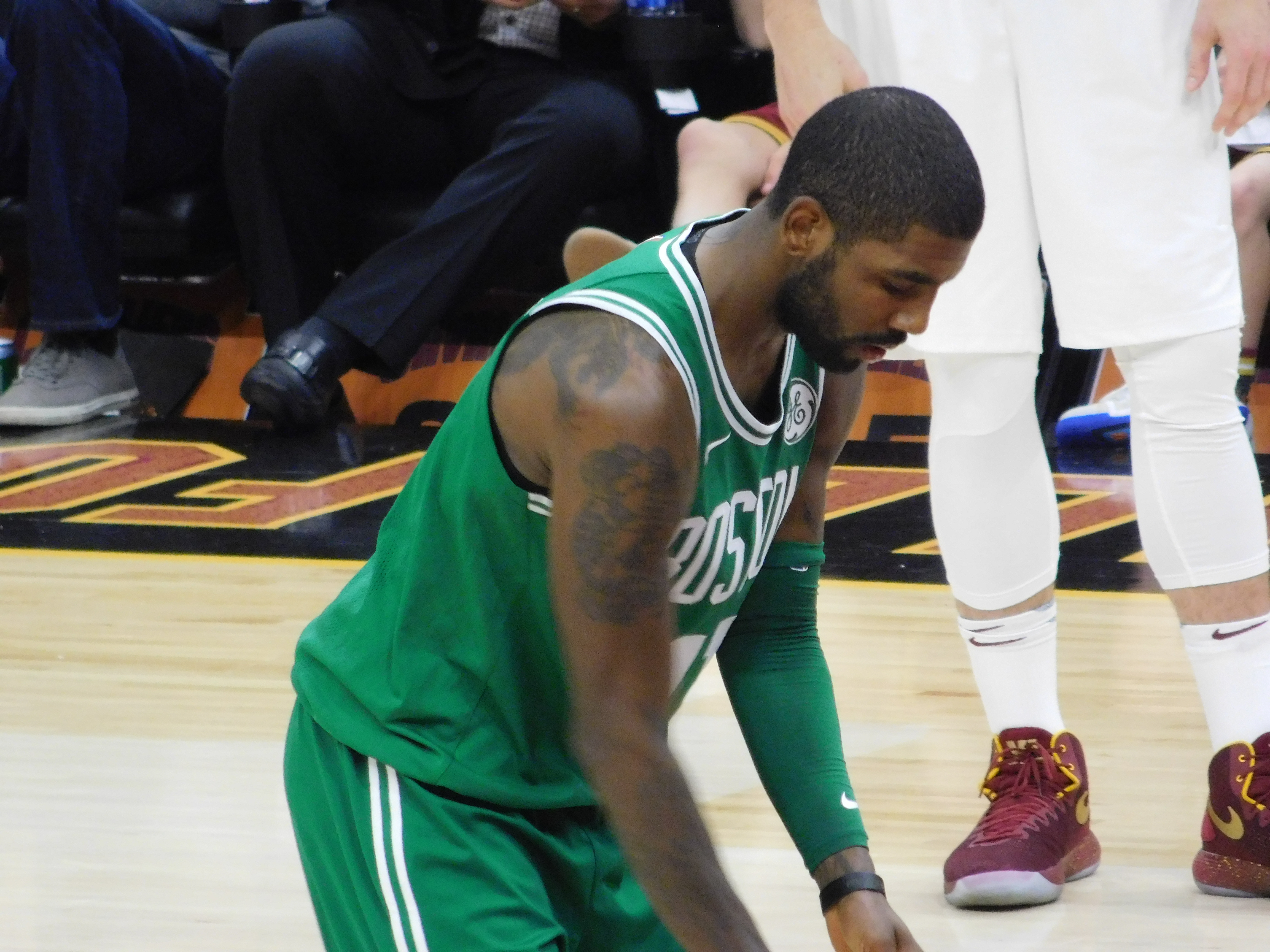 January is the month that stirs the pot for the Cleveland Cavaliers. Poor play, rumors, and turmoil all circulate around Quicken Loans Arena when the new year starts up. Today brings another story, this time rehashing an old Cav’s problem with the team this past off-season.

That former Cleveland Cavalier would be none other than Kyrie Irving. According to a report from Cleveland.com’s Joe Vardon, Irving would have decided to undergo knee surgery instead of play for the Cavs this season if not traded in the off-season. Irving still needs to have a follow-up surgery done to finish the procedure started in the 2014-15 season when Irving broke his kneecap in Game 1 of the NBA Finals. He threatened to have the surgery in training camp to keep him out for the season. As a result, Cleveland sent him to Boston during the off-season.

LeBron James had been pretty vocal to not trade Irving for a number of reasons. For starters, James believed he could make amends with Irving and bring him to a better state of mind with the team. James stated that he went right to Kyrie when the rumors came out about Irving wanting to leave Cleveland. After talking through the situation with Kyrie, it was apparent that LeBron could not get him to stay and decided that he needed to remain focused on the task at hand of leading the Cavs.

The other reason reported to be believed why James was adamant that the team shouldn’t trade Irving is the hit his brand would take. Kyrie was just starting to develop his own brand and following with that brand and missing a full season could have hurt his pocketbook in terms of endorsement money and more popularity.

Alas, the Cavaliers traded Irving and are now trying to work with the haul they got back for the former Duke product: Isaiah Thomas, Jae Crowder, Ante Zizic, and the 2018 Brooklyn Nets first-round draft pick. With the team struggling right now, one or more of the players/pick they got in return might be on the chopping block.

Meanwhile, Irving and the Celtics are riding high at the top spot of the Eastern Conference.

Cavs Coach Ty Lue Making Changes to the Starting Lineup – Will It Help?
Cavaliers go back to drawing board with Thompson in starting unit