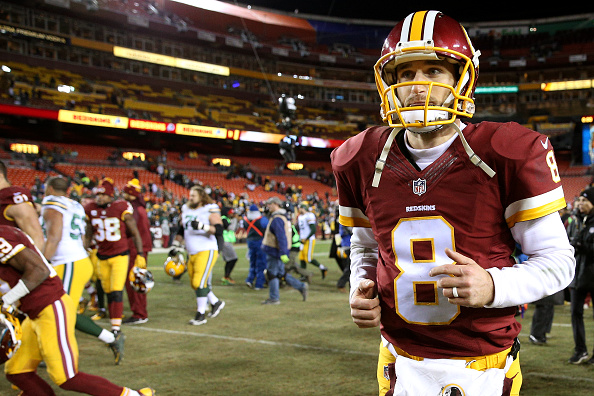 While many Browns fans continue to lament the loss of QB Mitch Tribusky to the Chicago Bears with the number two pick, there might be another blockbuster in the work for Cleveland, that being tray to acquire Redskins QB Kirk Cousins.

Wow. Cleveland is trying to trade for Kirk Cousins. This is real.

One would have to think there’s no doubt the 12th overall pick would have to be part of a deal for Cousins, who will make close to $24 million this year with the franchise tag.

“I haven’t heard anything. I’m not expecting anything to happen,” Cousins said on NFL Live April 11th. “And I’m looking forward to getting back to work with my teammates.”

If the Browns have anything to say about it, he could be wearing Brown and Orange by the night’s end.

Chicago Bears Trade Up to No. 2 to Draft Mitchell Trubisky
Report: Browns Attempting to Trade for Kirk Cousins