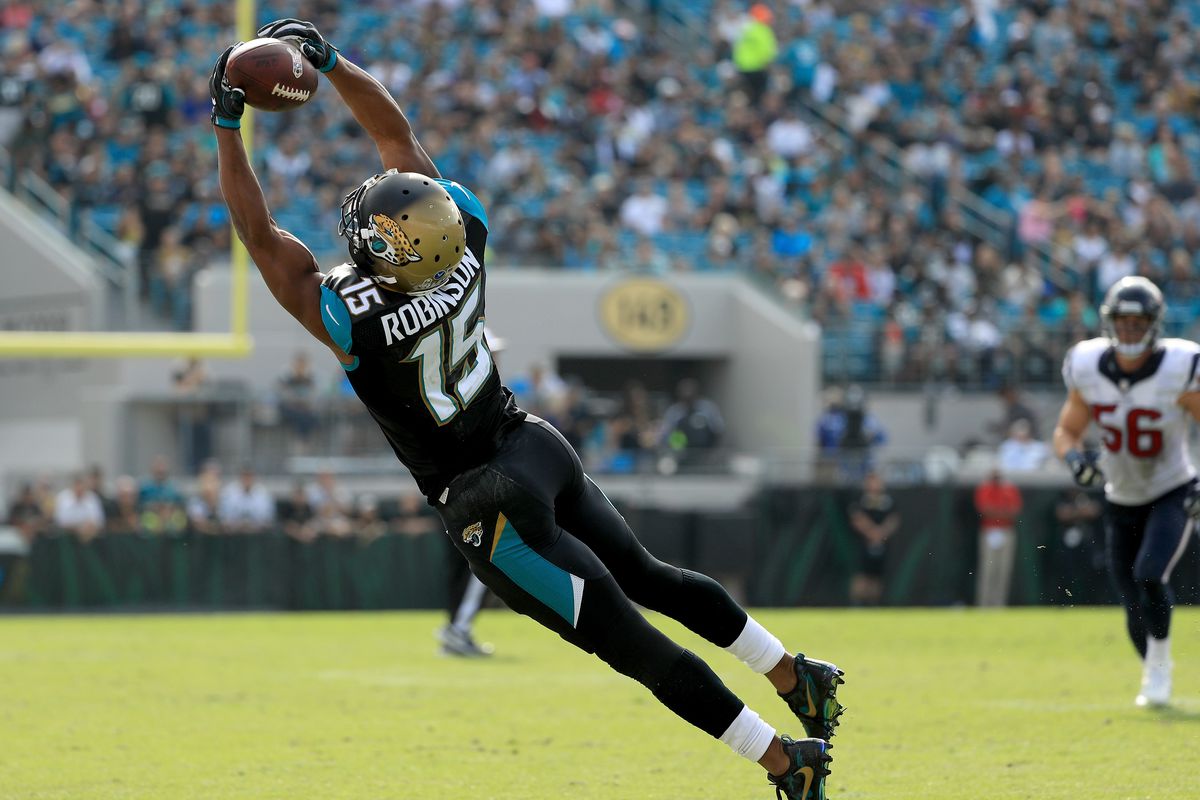 After a hectic weekend that saw them acquire Jarvis Landry, Tyrod Taylor, and Damarious Randall, the Cleveland Browns are now eyeing top talent in the free agent market. With the period to tamper with free agents starting up at noon Monday and Wednesday being the day to start signing players, John Dorsey and company have made the most appealing of moves in a short order of time to entice players to come play for Cleveland.

According to a report from Jason La Canfora, one of those players might be former Jacksonville Jaguars wide receiver Allen Robinson. Robinson, who is coming off a shortened season due to an ACL Tear in Week 1 of the 2017 season, will be twenty-five years old this August and is a game-changer when healthy. In four NFL seasons, Robinson has accumulated 202 receptions for 2,848 receiving yards and 22 touchdowns. The Penn State product’s best season to this point is his 2015 campaign, where caught a career-high fourteen touchdowns and earned 1,400 yards through 80 receptions.

Besides last year where he missed the majority of the season, Robinson has only missed six games in his career and had completed a full season of work in back-to-back seasons from 2015-2016. He’s very durable and a nice mixture of a home run threat and safety blanket.

Other teams rumored to be very interested in Robinson is San Francisco, Chicago, Baltimore, and Carolina. The Jaguars have also thought about bringing Robinson back on a shorter deal.