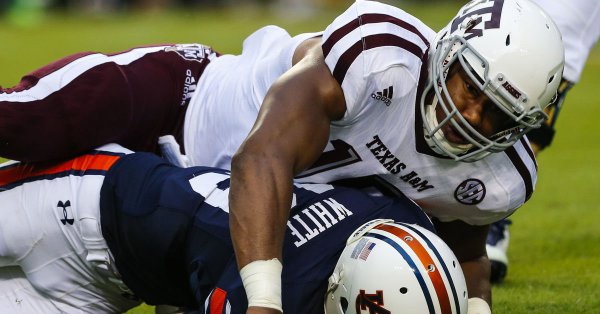 Take this with a grain of salt, but CBS Sports’ Jason La Canfora reported Friday the Cleveland Browns front office and coaching staff are conflicted on what to do with the No. 1 overall pick in the 2017 NFL Draft.

According to La Canfora’s sources, the coaching staff is “all-in” on Texas A&M defensive end Myles Garrett, while the front office and owner Jimmy Haslam are pushing to select Mentor-native, North Carolina quarterback Mitchell Trubisky, perhaps by trading down from No. 1 overall.

Hue Jackson has built up a lot of currency and coach/front office divides continue there. As process has gone on owner been asking about…

QBs and as decision makers go around the room why so few banging drum for a QB at 1st overall. They'd love to solve this via trade…

La Canfora also notes that a trade for Patriots backup Jimmy Garoppolo would “appease” Haslam and the front office, while also allowing the Browns to possibly select Garrett with the first pick, giving the coaching staff their preferred choice.

Garoppolo would appease the owner and buy some time and allow them to still take Garrett. Belichick knows all of this of course. Hold tight

We’re less than one week away from Draft Night, stay tuned.

Podcast: SOT talks Browns Draft, Roster, and more!
Mike Silver Says Browns are ‘Wrestling’ with Who To Take with the First Pick