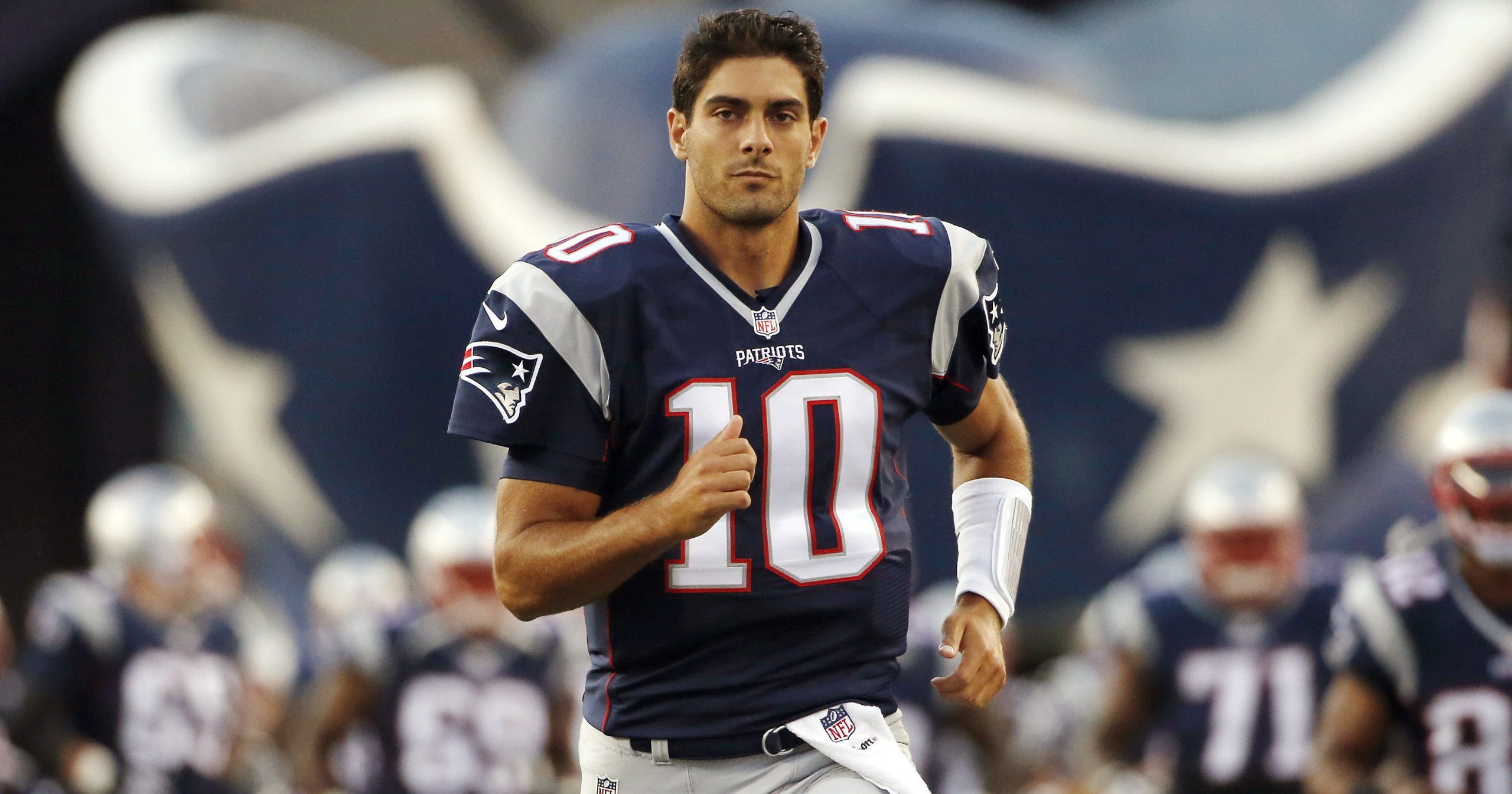 According to NFL reporter Benjamin Allbright, the Browns are becoming the favorite to land Patriots quarterback Jimmy Garoppolo in a trade.

The trade would likely involve the Browns’ No. 12 overall pick and possibly more assets around it.

Garoppolo has one year left on his contract and depending on how he performs in 2017, could command a big contract after next season.