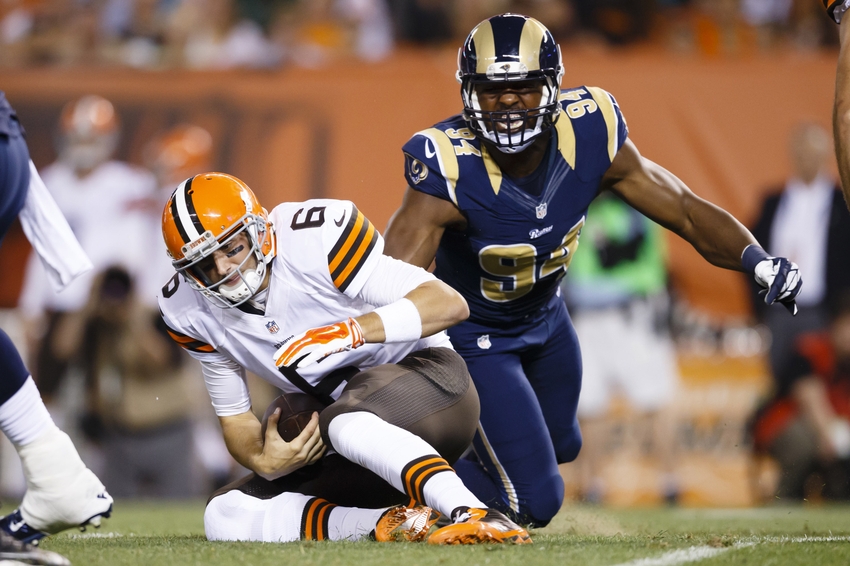 Some Browns fans wondered why the team didn’t make a big push for recently traded Los Angeles Rams pass-rusher Robert Quinn, who wound up going to the Miami Dolphins for fourth and sixth-round draft picks.

Turns out, they did try to make a deal.

A report from ESPN states that not only the Browns, but also the Tampa Bay Buccaneers were in on trying to land Quinn, who is just 27 years old and had 8.5 sacks and two forced fumbles in 15 games last season for the Rams.

Quinn registered 40 sacks in a three-year span from 2012 to 2014, but has been hit hard with injuries over the past three seasons. He missed eight games in 2015 due to knee and hip injuries. He also had a back injury that landed him on injured reserve and forced him to undergo surgery.

So it’s back to the drawing board for the Browns as they look to upgrade their defense for the 2018 season.

REPORT: Browns are eliminated from the Kirk Cousins sweepstakes
Report: After Impressive Combine – RB Saquon Barkley “Firmly in the Mix” for Browns as 1st Pick