Is There Really Cause for Concern Over the Cavs Latest Drama Surrounding a Lack of Practice? 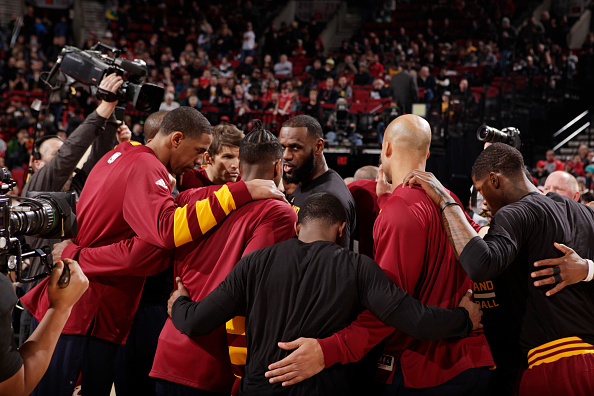 Many are making a hoot about the latest statements by various people within the Cavs organization after the teams’ latest setback, a 102-86 loss to the Trail Blazers on Wednesday.

The loss means the team has lost three of their last five games, and right away fans are pushing the panic button on a team that is still three games up on the Toronto Raptors for the best mark in the Eastern Conference.

The controversial statements that seem to have people worried today concern the Cavs practice, or in this case, the lack of it.

The team has been out on the west coast over the last week, and the team hasn’t been able to take the practice floor since December 28th – two full weeks.

There’s been a lot in the way for the defending NBA Champs since then – like an injury to Kyrie Irving, Kevin Love getting food poisoning, and the team agreeing to make a deal a week ago tonight for Kyle Korver.

Cavs coach Ty Lue after the loss was quick to point out that not having the chance to take the practice floor could be a reason for the somewhat tough to watch play at times the last couple games.

“But I mean it’s no excuse. We know what we’re doing, what we’re supposed to do. Right now it’s like, we’re not going to have assists if we’re not making shots [and] shoot 34 percent [like Cleveland did against Portland]. I mean, how many assists can you really get?

“Just got to do a better job of making shots but also finishing around the basket when we get in the paint, and get in the paint instead of taking tough shots, kicking it out for open shots. Just got to read and play the game the right way.”

LeBron James knows that if the team is going to get out of this hopeful mini-slump, they have to play more careful basketball.

“We can’t continue to have more turnovers than assists,” James said. “We never win those games.”

The team had 14 assists in the loss.

So is the panic for the team real, or is this just the ebb and flow of a normal season?

Let’s be real, losing a game on the west coast in the middle of January is something that can be forgiven if the team comes out and plays better basketball in the next few games.

The one game that everyone is pointing to is the rematch with the Golden State Warriors on Monday night in Oakland. If the Cavs can win that game, not much else on this trip will matter.

Before that NBA Finals rematch, the team will get a chance to take the practice floor in Oakland on Sunday. It will be interesting to see how the team comes out Monday night, and if some time on the floor with each other will get Korver more involved, and if the team will have a more crisp look against Golden State.

“We need it,” James said of the Sunday practice.

Get a win against the Warriors, come home and get on a winning streak, and all the wrongs on the west coast will quickly be forgotten.