How Would RB Le’Veon Bell Look in a Browns Uniform? 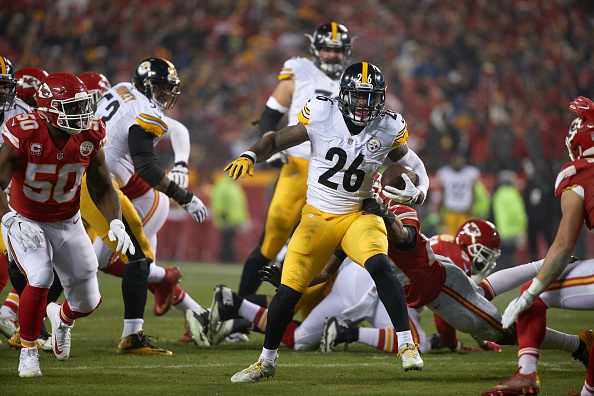 It was just two days ago that the Steelers and running back Le’Veon Bell were unable to get a deal done, and because of that the running back could hit the free agent market after the 2017 season.

Bell (as Browns fans know all too well) has been a dynamic player the last few seasons in the Steel City, and even last season after missing the first four games due to suspension he tallied close to 1900 yards and nine touchdowns for Pittsburgh, who lost to the Patriots in the AFC Title Game.

There was rumblings that the Steelers offered Bell a five-year deal, a mega deal that was worth $30 million in the first two years, $42 million over three years and an average annual value of $12 million.

There’s no question that Bell is going to get plenty of looks around the NFL next offseason should he still be without a deal, and ESPN’s Jeremy Fowler speculates on a couple teams that could be suitors for Bell – the first of which plays in Cleveland.

Cleveland could pluck a star from an AFC North rival and bring the Columbus native back to his home state. The Browns’ offensive line has become a strength, but it could use a workhorse in December conditions. The Browns are stocked with $54 million in cap space and in need of weapons to surround (insert quarterback here).

Bell would be a huge upgrade to a Browns offense that could use a playmaker that could run and catch as well as the Steelers current running back does, but thinking what it’s going to cost the Browns, or any team for that matter, is staggering.

The Browns will almost surely have money to spend on big free agents again in 2018, but adding a player that costs as much as Bell would eat up a lot of that cash.

Is he worth it? The Browns and the NFL will likely have to ask themselves that question after the 2017 season.