Raptors Try to Get Physical in Cleveland; Cavs Withstand Barrage to Take 2-0 Lead 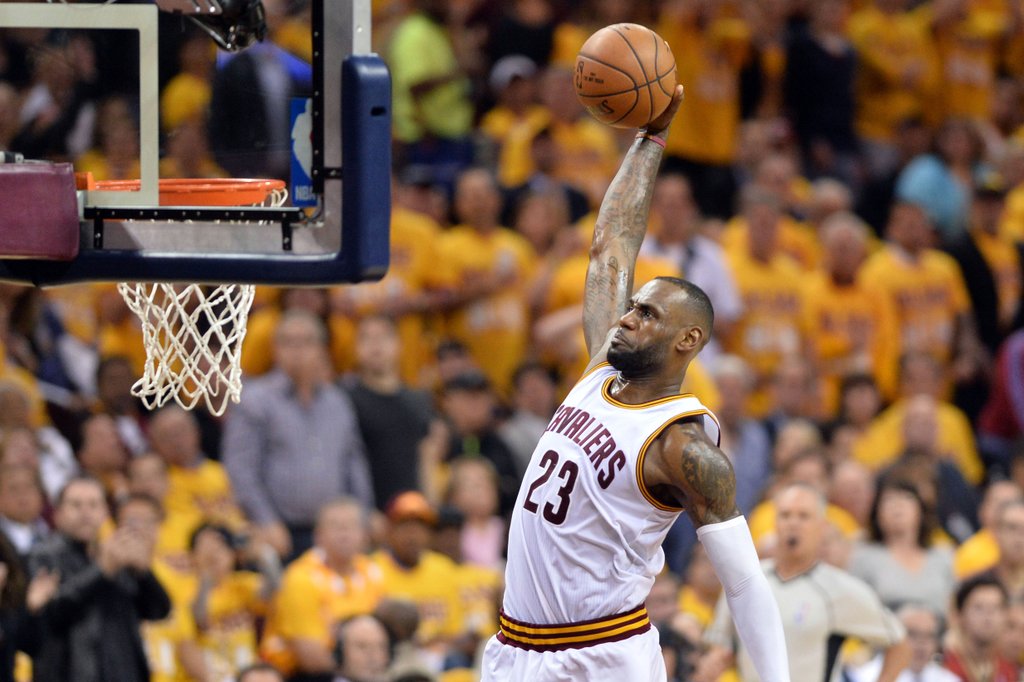 The Toronto Raptors looked refreshed and invigorated when they took the court for Game 2 on Thursday night, looking to rebound from an embarrassing loss in Game 1 on Tuesday.

Toronto was aggressive, attacked the paint, and got physical with Cleveland.

Raptors Center Bismack Biyombo gave Cavs Point Guard Kyrie Irving a shove, resulting in a double-technical, setting the tone for much of the game.

The Raptors hung with the Cavs for the first quarter, trailing 30-28 heading into the second.

They even matched the Cavs in the second quarter, leading 43-42 with 5:37 to play in the first half.

Then the Cavs stamped their foot down, going on a 20-5 run to close out the half.

Cleveland never looked back, leading 86-69 at the end of the third quarter.

Toronto fought hard for all four quarters of the game, but it was clear early in the second half the outcome was never in doubt.

LeBron posted a triple-double, scoring 23 points to go with 11 rebounds and 11 assists.

Kyle Lowry struggled for the second time of the series, shooting 4-for-14 from the field, finishing with just 10 points.

Game 3 is Saturday night at 8:30 PM in Toronto. The Cavs are six wins away from a championship.

LeBron and the Cavs Focused, Not Concerned About Playoff Win Streak As Game Two Looms Tonight
NEOSI’s Six Pack of Random: Enjoyable Playoffs, Not so enjoyable 30 for 30, and more