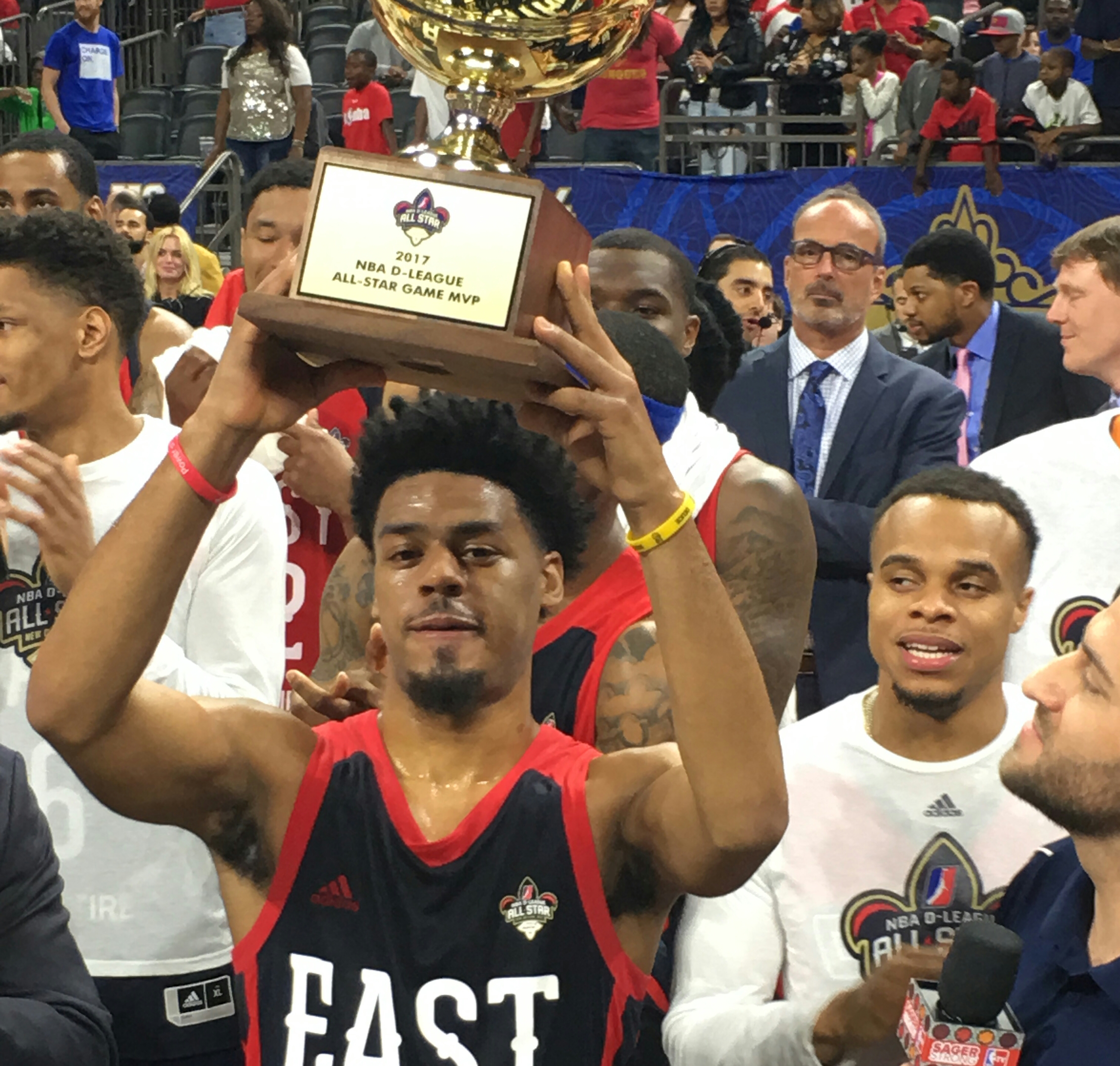 Cook is in the race for NBA D-League Player of the Year, averaging 26.2 points and 6.2 assists per game this season.