Quick Start for Solon More Than Enough; Run Past Aurora 36-6 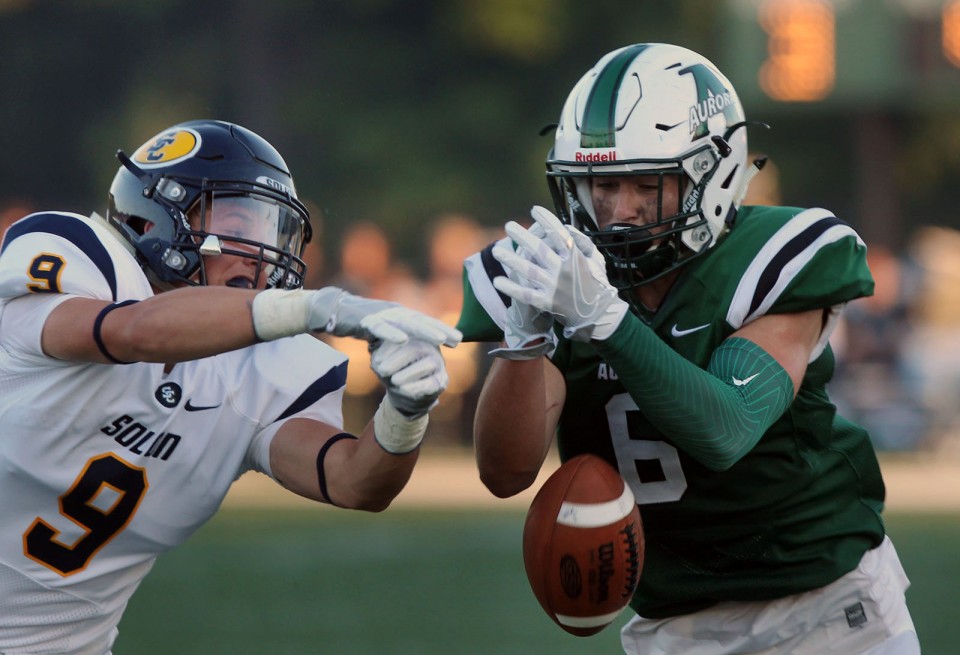 The Book Shelf LLC brings you a recap for the Solon Comets quest to avenge last season’s loss to the Aurora Greenmen.

AURORA, OHIO – The only thing that was flying faster than the penalty flags tonight was the Comets start. Solon got the action underway with a 22 point first quarter.

They capitalized on an early break as Aurora fumbled the opening kickoff and the Comets recovered at the opposing 25. After facing an early fourth down, a screen pass kept the drive alive. That drive resulted in the first eight points of the game as QB Joe Bubonics threw a TD pass to Taj Ward.

It was a great first quarter for Bubonics. He threw all three touchdowns in the first quarter to three different wide receivers. After the one to Ward, he hit a couple of deep balls to Darryl Sinclair and Jake McCurry.

The Greenmen offense could not launch for most of the first half. Solon’s defense was smothering, leading to a lot of early three and outs for Aurora.

It looked like Aurora would finally catch their break to get back into the game during the second quarter when they recovered a Solon fumble on the first play after a bad punt. Aurora followed it with a big run that ended up being called back on a penalty. That penalty stalled the drive and Aurora’s first chance of doing something to get back in it.

After Aurora’s punt, Solon came back strong as Sinclair scored his second touchdown of the game, breaking lose through the secondary. The first half ended with Solon having a commanding 29-0 lead.

The second half fared much better for Aurora. While they only put up six points in the half on a fullback dive from the one in the third quarter, they were able to move the ball more efficiently.

The three and outs decreased and the team was able to sustain drives for the most part, but the Solon lead forced a lot of them to end on downs before finding the endzone.

Likewise, Solon added one touchdown of their own the entire second half. RB Thomas Wilks punched it in on his third try from the one after breaking a nice run down the sideline to get them there.

While the scoring and big plays weren’t there in the second half, Solon opened up the year with a commanding win over a team that finished the regular season with a 9-1 record last year. Bubonics threw for 245 yards on 13 of 17 pass attempts.

Aurora has a tough task next week, going on the road to a tough Euclid team that knocked off local powerhouse Glenville on Thursday. Solon will look to keep their hot start rolling as they go home to play Twinsburg.