The facts of the case reported Saturday by sources that Gilbert threw a cup of chewing tobacco at the windshield of a 55-year old Parma man have been confirmed via the report.

Gilbert, who the Browns drafted in the first round last season, didn’t play in Sunday’s opening day 31-10 loss to the Jets.

Check out the Police Report below: 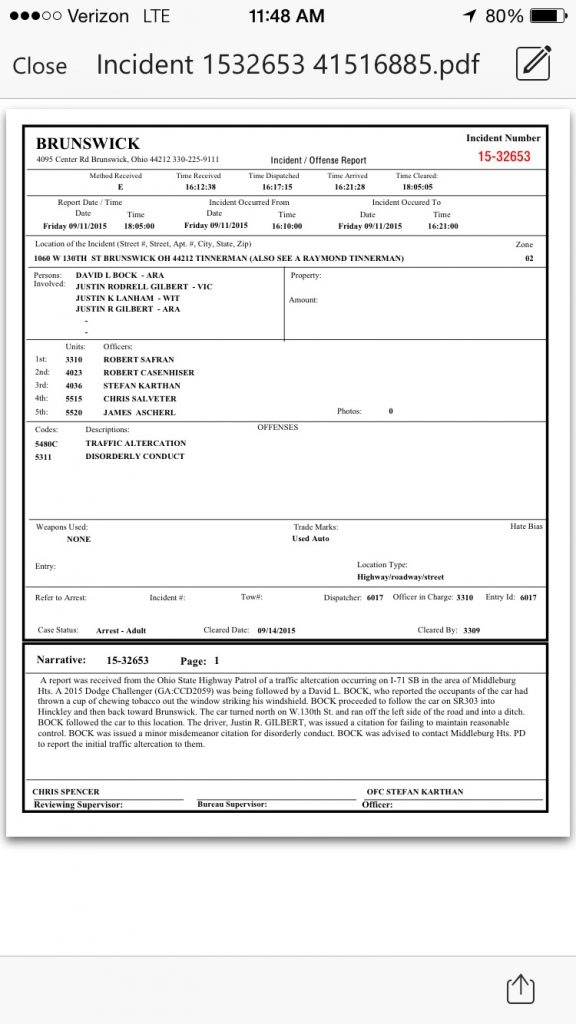 After Sunday’s Debacle, Where Do the Browns Go From Here?
Monday Poll Questions Following the Browns 31-10 Loss to the Jets