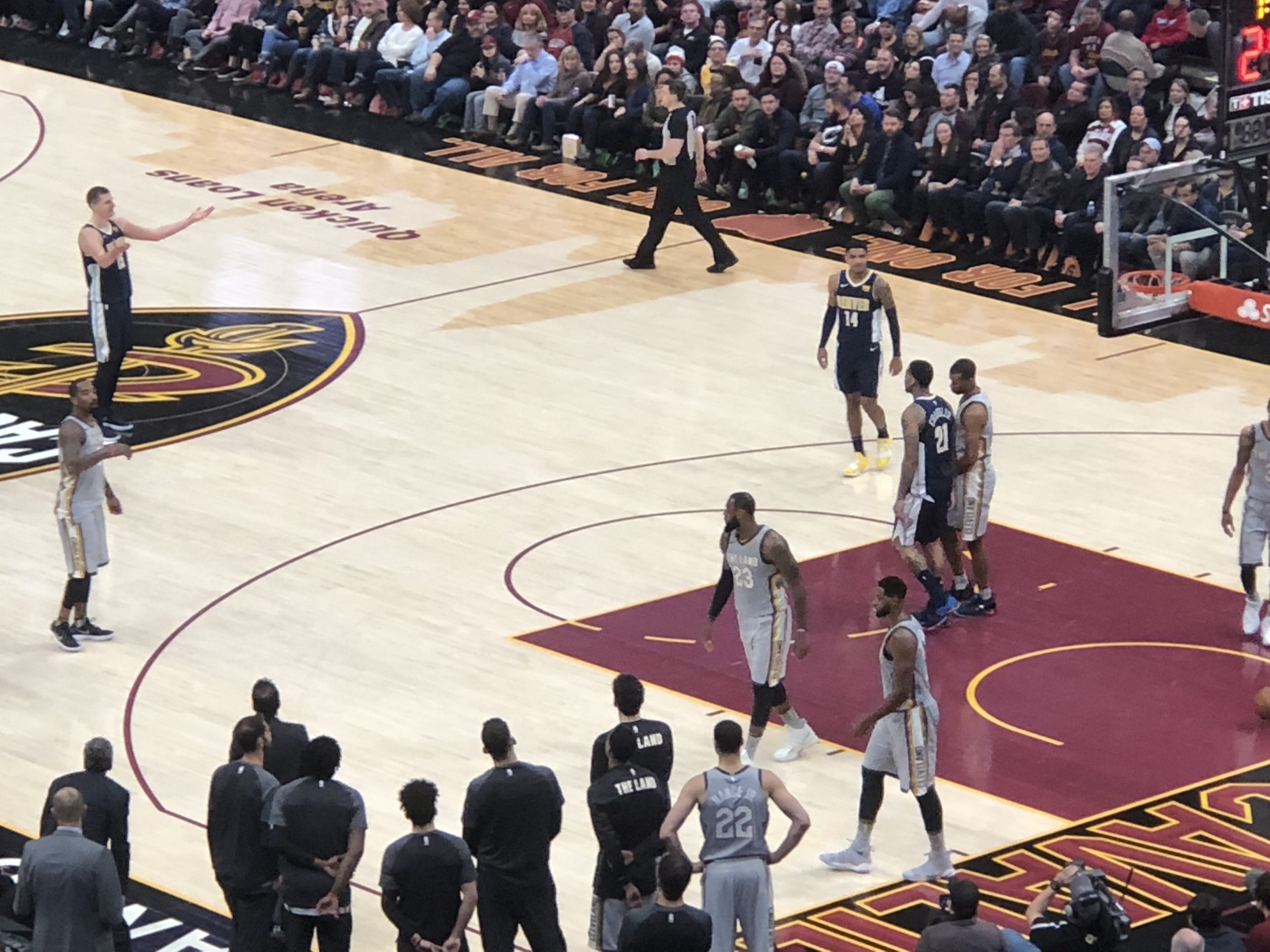 CLEVELAND– The Cavaliers fell to the Denver Nuggets on Saturday night, 126-117.

It’s the second straight loss for Cleveland, and they have one game remaining in their five-game homestand before heading out on a West Coast road trip.

In the episode, we talked about why the Cavs’ defense struggled, Richard Jefferson’s return to Cleveland, J.R. Smith’s return from suspension and Larry Nance Jr.’s night.

Click on the link to listen to the episode on the Fear the Sword page.

Last night @cwmwrites had me and @SpinDavies on talking about the Cavs loss to Denver, RJ’s return, Larry Nance Jr., the Cavs defense and a lot more. Download here https://t.co/igB0pbSbU9

Every episode of ‘Locked on Cavaliers’ is now available on iTunes, Spotify, on Stitcher or wherever you get podcasts. You can also follow the show on Twitter, @LockedOnCavs, and like the show on Facebook.