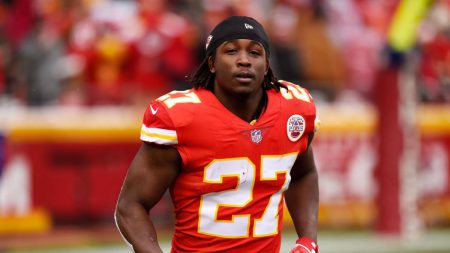 Here’s episode 2 of the most recent three-part series of the Brownie Bites Podcast with Patrick Antos and Rick Wichert! They both got very personal about Kareem Hunt and also dove into the most recent trade of Olivier Vernon. They also got into some Free Agency, but the discussion about Kareem Hunt really took the cake on this one! Be on the lookout for Part 3 of this series with Walter from walterfootball.com who is one of the best NFL draft gurus in the country. He sat down and did a video with Patrick about the huge Odell Beckham Jr. trade and what’s going to be the 2019 draft options for your Cleveland Browns! Thanks for listening to episode 2 and have a great day!

Patrick Antos is a 38-year-old sports nerd who loves everything CLE Sports. He also loves MMA. Patrick is the voice of the Brownie Bites Podcast (@browniebitespod on Twitter), On The Reservation (@ontherescle on Twitter) and The MMA Nerds (@themmanerds on Twitter) and All Things Sports and Ridiculous Banter(@CLEpodcasts). Patrick has his Bachelor’s Degree in Journalism and Promotional Communications from Cleveland State University and a Master’s Degree in Organizational Leadership from Gonzaga University. He can be emailed at patrickmantos72@gmail.com.
Related TopicsBrownsChiefsNFL Draft