Keeping Rashard Higgins Should be a Top Priority for Browns 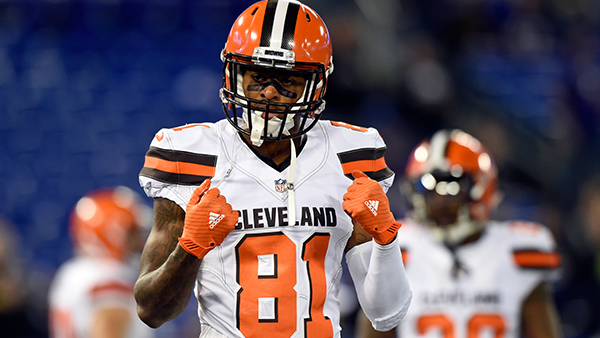 The hype is real in Cleveland after a trade that brings edge rusher Olivier Vernon and wide out Odell Beckham Jr. to Cleveland.

The Browns also have Antonio Callaway who could potentially be the number three wide receiver, especially if the Browns can’t resign Rashard Higgins.

Bringing back Higgins should absolutely be a top priority for the Browns.  Higgins had 39 catches in 13 games on the season.

He had a 73.6% catch rate when he was targeted, better than any wide receiver on the team.  Compare that to Odell Beckham Jr’s 62.1% catch rate.  Higgins developed chemistry with Mayfield during the preseason when they were both practicing with the second team, and absolutely had a positive impact on the Browns’ offense.

Higgins had the 11th highest DVOA for wide receivers in the NFL which measures a player’s efficiency.  Of Higgins’ 39 catches, 27 of them were for first downs.

Higgins is a player who won’t complain about not getting a lot of targets but will make the most of the plays he’s targeted on.  Higgins is a restricted free agent meaning the Browns can match any offer another team makes him.  This makes it likely Higgins isn’t going anywhere.

With that being said if Higgins is offered a huge deal it wouldn’t be surprising to see Dorsey let him walk and use other receivers like Callaway and Damion Ratley or draft a receiver in the draft.

That is why it should be a priority to sign Higgins before he is offered a bigger deal possibly costing the Browns’ money to match it.  It is not ideal to have Higgins play under a tender for the season.

A worse scenario would be Higgins walking leaving the Browns without a true number three receiver.

John Dorsey should sign Higgins and do it soon.