Pittsburgh to Start Mason Rudolph at QB Against Browns Sunday 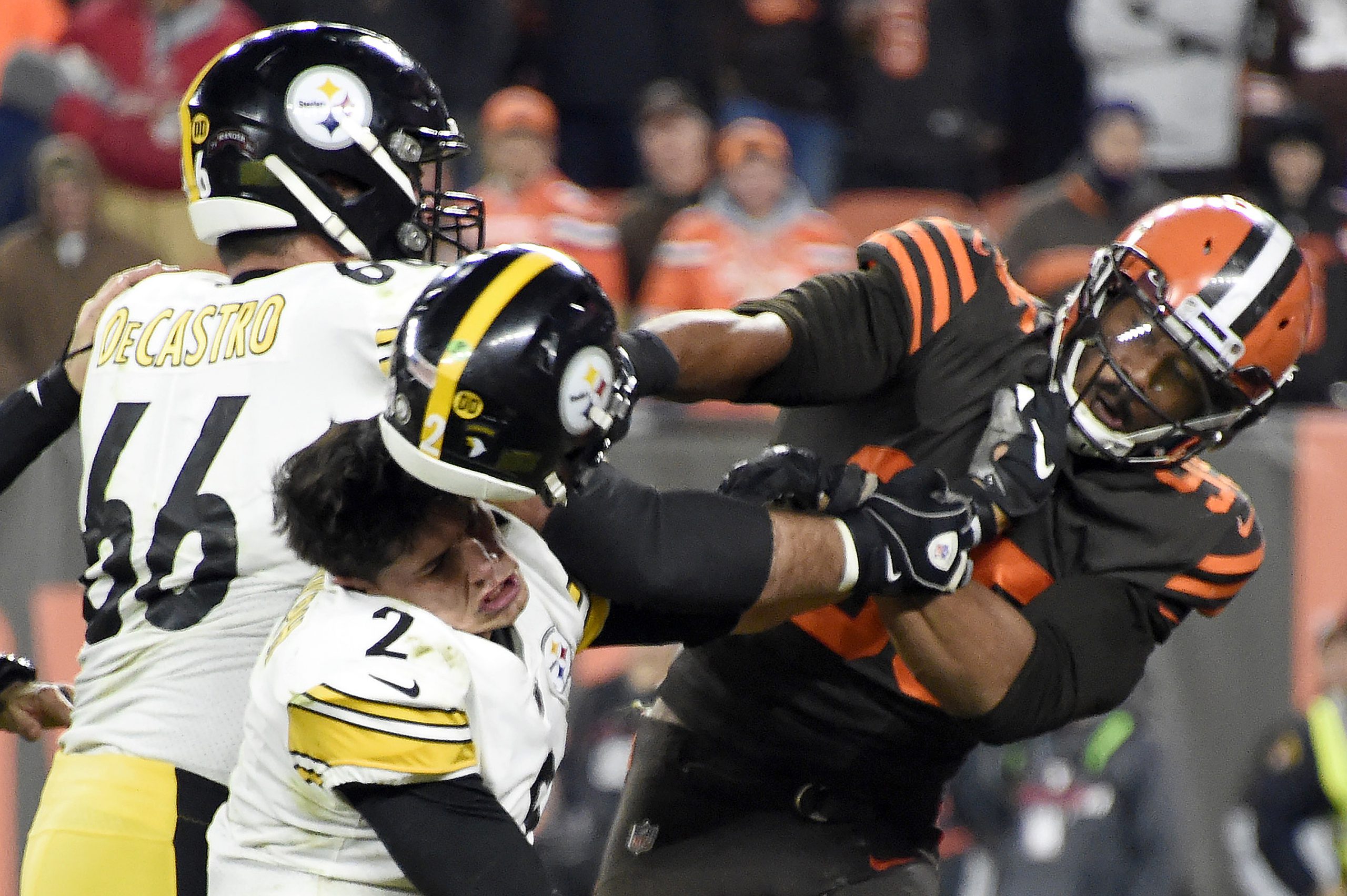 Sunday’s regular season finale for the Browns at home against arch-rival Pittsburgh just got a whole lot more interesting.

Everyone knows the history between Rudolph and the Browns, more so with Browns superstar defensive end Myles Garrett.

It was during a prime-time game last November 14th that Garrett and Rudolph got into it late in the affair with Cleveland leading it 21-7.

Garrett wound up pulling Rudolph’s helmet off and hitting the quarterback in the head with it, drawing a season-long suspension.

The Browns DE accused Rudolph of using a racial slur during the game, which caused him to react that way. Rudolph denied that he ever uttered the slur.

The Steelers got their revenge on the Browns a few weeks later, as Delvin “Duck” Hodges and the Steelers beat Cleveland 20-13 on December 1st at Heinz Field.

Monday Browns defensive tackle Larry Ogunjobi was asked about the potential matchup with Rudolph under center for the Steelers.

He said that the game plan would not change no matter what player lines up under center for the 12-3 Steelers.

“The only element right now as far as the game is concerned is we win and we are in. That is it. We are trying to keep it strictly about winning,” Ogunjobi said.

“Right now, it is about doing something that has not been done in a very long time, and it is about playing for each and every one of us, our brothers, and finding a way to win. That is the most important thing. That is my take on it.”

The Browns are in a game they almost have to win if they want to get to the postseason. A win and they are in, a loss and they are going to need big help in order to make it past week 17.

The Steelers on the other hand have the AFC North clinched after their home win over the Colts last week. At 12-3 they are currently the #3 seed in the AFC and would matchup against the #6 seed in the wild card round of the playoffs – which could wind up being a third matchup with Cleveland.