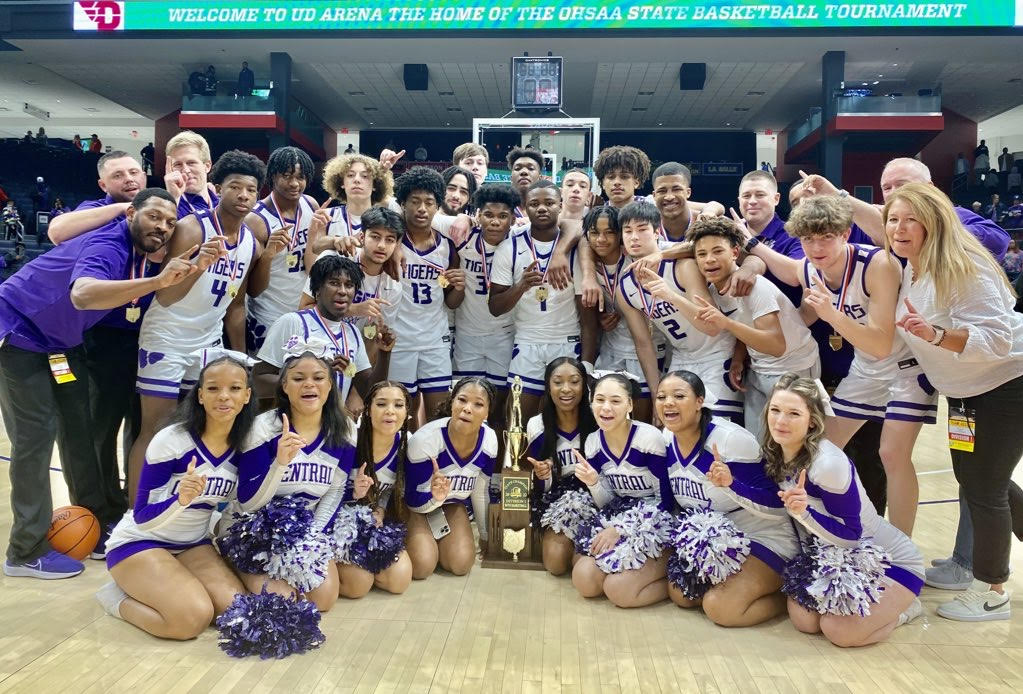 DAYTON, Ohio – It had been over a year since Centerville, the fourth best team in America according to MaxPreps.com, lost a game.

Pickerington Central was clearly up for the challenge on Sunday night, holding off a late comeback attempt to defeat the Elks, 55-48.

Defense was the story of the first half, as a 30% shooting performance by Centerville allowed Pickerington Central to claim a 21-17 halftime lead.

Tom House, a Florida State commit, was held scoreless in the first 16 minutes, while Andrew Hedgepeth had five off the bench to lead Pickerington Central.

A 12-5 run to open the second half would give Pickerington Central their largest lead of the game at 33-22, with a Josh Harlan three forcing a Centerville timeout.

Centerville is on the ropes with their 45-game winning steak on the line!

33-22 Pick Central leads with under 4:00 to play in the third.#OHSAAChampionships 🏀 pic.twitter.com/tNbt2A1jdo

Trailing by 11 with under four minutes to play in the third, Centerville suddenly exploded with a quarter-ending 12-3 run to draw within three heading into the fourth.

Trailing by 11 with under 4:00 to go in the frame, the Elks end the quarter on an 12-3 run to cut the deficit to just two.#OHSAAChampionships 🏀 pic.twitter.com/FwaO88q3vE

The fourth quarter started off back-and-forth, with Devin Royal continuing his big second half performance.

However, Royal would find himself in foul trouble and back on the bench after a controversial charge put him one foul away from disqualification midway through the fourth.

Devin Royal, who leads all scorers with 18, picks up his fourth foul and heads to the bench.

Pickerington Central is clinging on to a 42-41 lead over Centerville with 4:14 remaining in regulation!#OHSAAChampionships 🏀 pic.twitter.com/10E4Gq2OFr

Despite Royal’s brief exit, Pickerington Central would find themselves ahead 48-43 before a critical three pointer by House cut the lead to 48-46 with just over a minute to play.

With the game and a state title on the line, the Tigers made every single free throw down the stretch to close out a stunning 55-48 win over the defending champions.

The Tigers are champions for the 2nd time in school history.#OHSAAChampionships 🏀 pic.twitter.com/3JXWyZLGTH

Sunday night would mark just the second state title in school history for Pickerington Central, coming just a few days before the 10-year anniversary of their first title in 2012.

Centerville’s trio of Gabe Cupps, Rich Rolf, and Tom House combined for 37 of the Elks’ 48 points.

Rolf and House both won the state championship as juniors, but they’ll finish just short in their senior year. Cupps, a junior, will get one more shot with Centerville next season.

Pickerington Central was led by a 16 point second half by highly touted junior Devin Royal, who finished his night with 20 points, four rebounds, and a pair of assists.

Winning a title is always a great feeling, but doing it against one of the top ranked programs in the entire country makes it even sweeter.

It’s a night to celebrate for Tiger Nation, as they have solidified their place as the top dogs in Ohio.