Story and photos by Ryan Kaczmarski

The Olmsted Falls varsity football team had a tall task in hosting ninth-ranked Berea-Midpark Friday night in the Bulldogs’ homecoming game. Both teams came in with overall records of 4-1 (3-1 in the SWC), but only one would come out with a victory on a windy night at Bob Sanders Stadium.

The Bulldogs pulled out the win on a 20-yard Rickey Castrigano field goal with 1:02 left in the game. On the ensuing Berea-Midpark drive, Titans’ kicker Connor Kahl missed a 35-yard field goal, wide right, as time expired.

Olmsted Falls will travel to Midpark to play the undefeated Middies, while Berea-Midpark hosts Avon Lake on Friday, with the kickoffs set for 7 p.m. 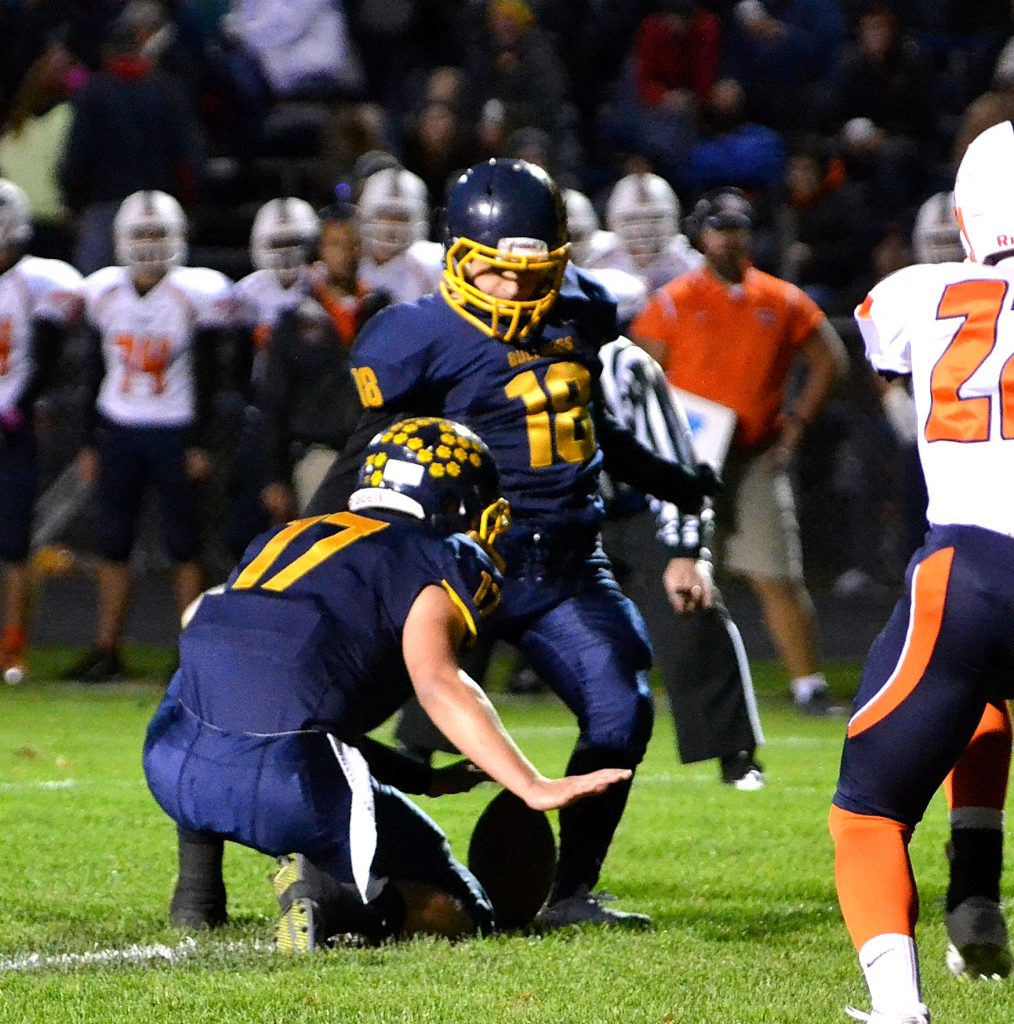 Olmsted Falls junior kicker Rickey Castrigano hit on a 20-yard field goal to put the Bulldogs up 30-27 with 1:02 left in the game, which was the eventual game winner.