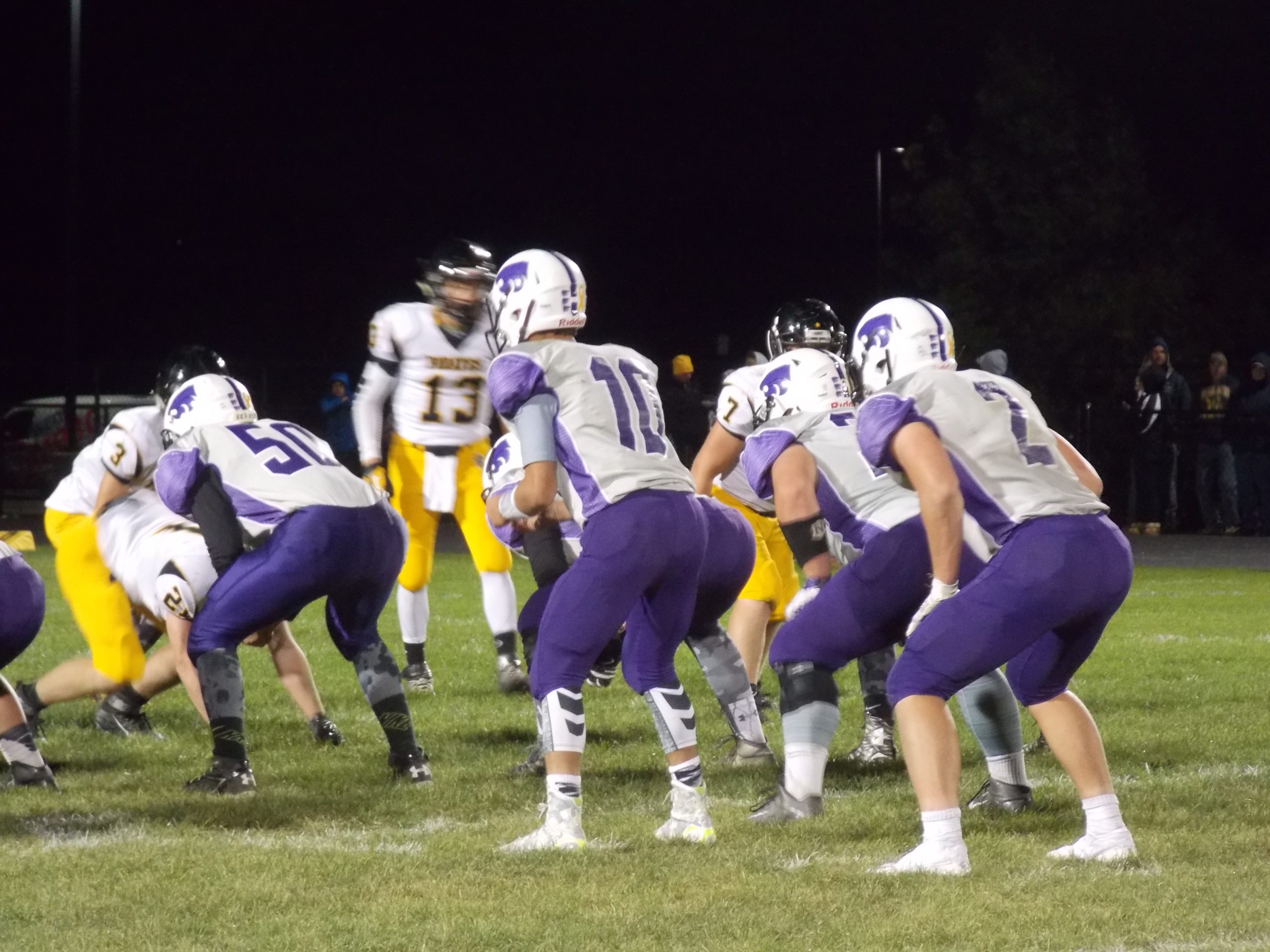 LAGRANGE, OHIO – Austin Conrad left, Austin Conrad right. It was that type of night for the Keystone Wildcats, and a winning formula that led to a dominating 20-0 shutout of the Black River Pirates at Keystone High School Friday night.

The win puts the Wildcats at 2-4 on the season, while the Pirates drop to 3-3 with the setback.

Conrad, a senior running back who has already committed to Ohio University, put on a bruising performance at the running back spot, setting a school record with an unofficial mark of 49 carries for 200 yards.

The record-setting performance was highlighted by three touchdowns, and an offense that held the ball for all but three plays in the third quarter.

Already leading 7-0, the Cats put the offense on the back of Conrad to start the third quarter. The back ran the ball over and over on a drive that lasted nearly nine minutes, and ended with his second score on the night to make it 14-0.

The Pirates, who just never seemed in sync on offense, had the ball for two plays as they fumbled it away near midfield to give the ball back to the Cats.

Conrad continued to carry the Keystone offense, and put the game away in the fourth quarter with another touchdown run to make it a 20-0 lead.

Black River never crossed midfield in the second half, as the Keystone defense stiffened up to keep the shutout intact to take home the 20-point win.

Check out all the great photos from the Wildcats win, but first hear from Conrad himself about the win over Black River.