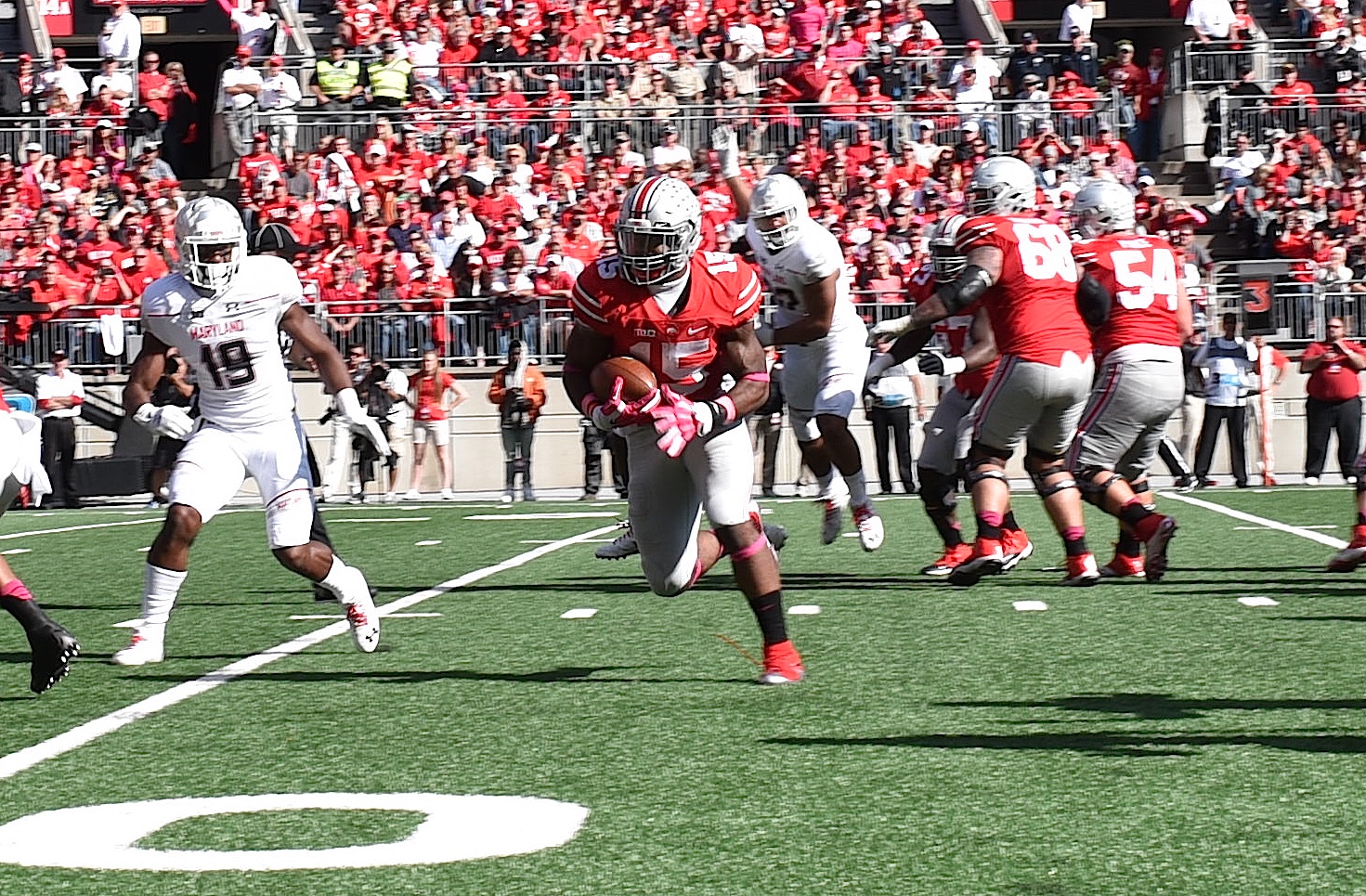 COLUMBUS, OH – Ohio State took awhile, but in the end were able to take care of business against Maryland and get to 6-0 on the season with a 49-28 victory.

Enjoy a look back at the game with our Ohio State-Maryland Photo Gallery!