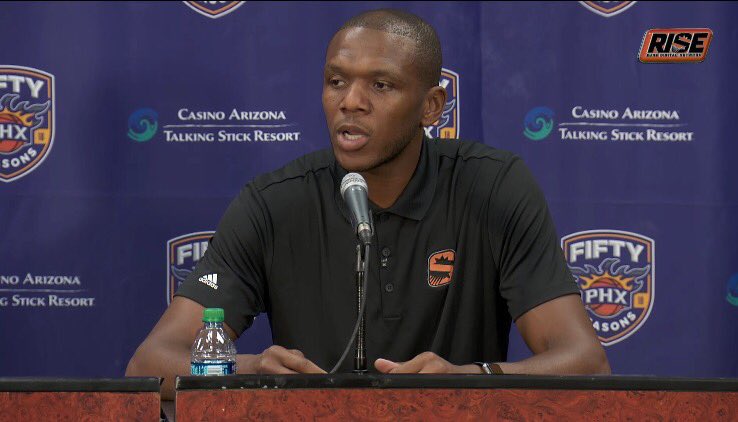 PHOENIX– James Jones will not return to the Cavaliers, and has accepted a job as the Vice President of Basketball Operations for the Phoenix Suns.

The Suns announced today via a release that they have agreed to a multiyear contract extension with general manager Ryan McDonough, and have brought Jones in to work alongside him.

Jones is expected to help McDonough oversee the draft, free agency and trades.

“We have laid the foundation for what we hope will become the next championship caliber Suns team,” McDonough said. “There is still a lot of work to be done to reach our ultimate goal of bringing a championship to Phoenix so we are thrilled to add James Jones to our staff.”

“James has a wealth of experiences that will greatly benefit our organization. He is a three-time NBA Champion and has been one of the top executives with the National Basketball Players Association over the past few years. We welcome ‘Champ’ and his family to our Phoenix Suns family.”

Jones played two season in Phoenix, from 2005-07. Jones has made it to the last seven NBA Finals with both the Miami Heat and Cavaliers, winning three championships in the process. LeBron James has regularly referred to him as one of his favorite teammates.

Jones appeared in 48 games for the Cavs this past season, averaging 2.8 points per game. He was widely regarded as one of the team leaders in the locker room.

Kyrie Irving Says Cavs Are In A “Peculiar Place”
Report: Derrick Rose In “Serious Talks” With Cavs For 1-Year Deal