Phil Dawson Reportedly Was Interested in Returning to Cleveland 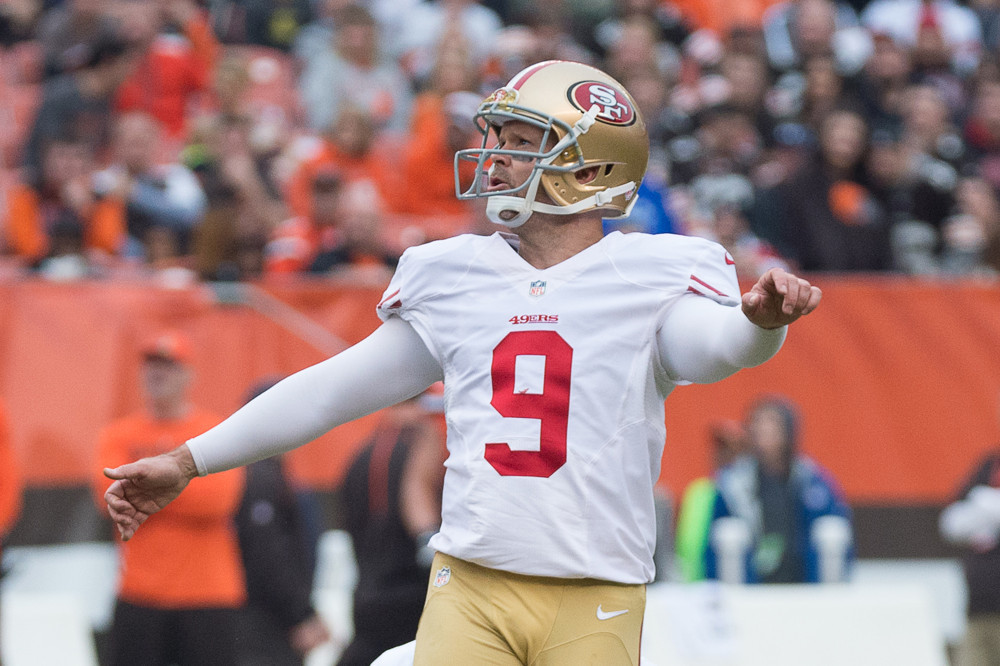 According to Tom Reed of Cleveland.com, former-Browns Kicker Phil Dawson was interested in returning to Cleveland before re-signing with the San Francisco 49ers.

Hearing K Phil Dawson, 41, had interest in returning to #Browns in free agency. Obviously, no deal was struck. He re-upped w/ Niners.

Dawson is beloved by Browns fans for being a source of consistent efficiency through all the bad seasons and is known around the league as one of the best “bad weather kickers” in the NFL.

Dawson is going to wear the number 4 jersey in 2016 with the Niners.

For a Browns team that has so many needs entering the 2016 season, Travis Coons was the least of their worries and had a great rookie season, but a large number of fans would have loved to see good ole’ Phil back on the lakefront.