Penalties Galore Set Back Monsters, Who Fall 5-2 To Milwaukee 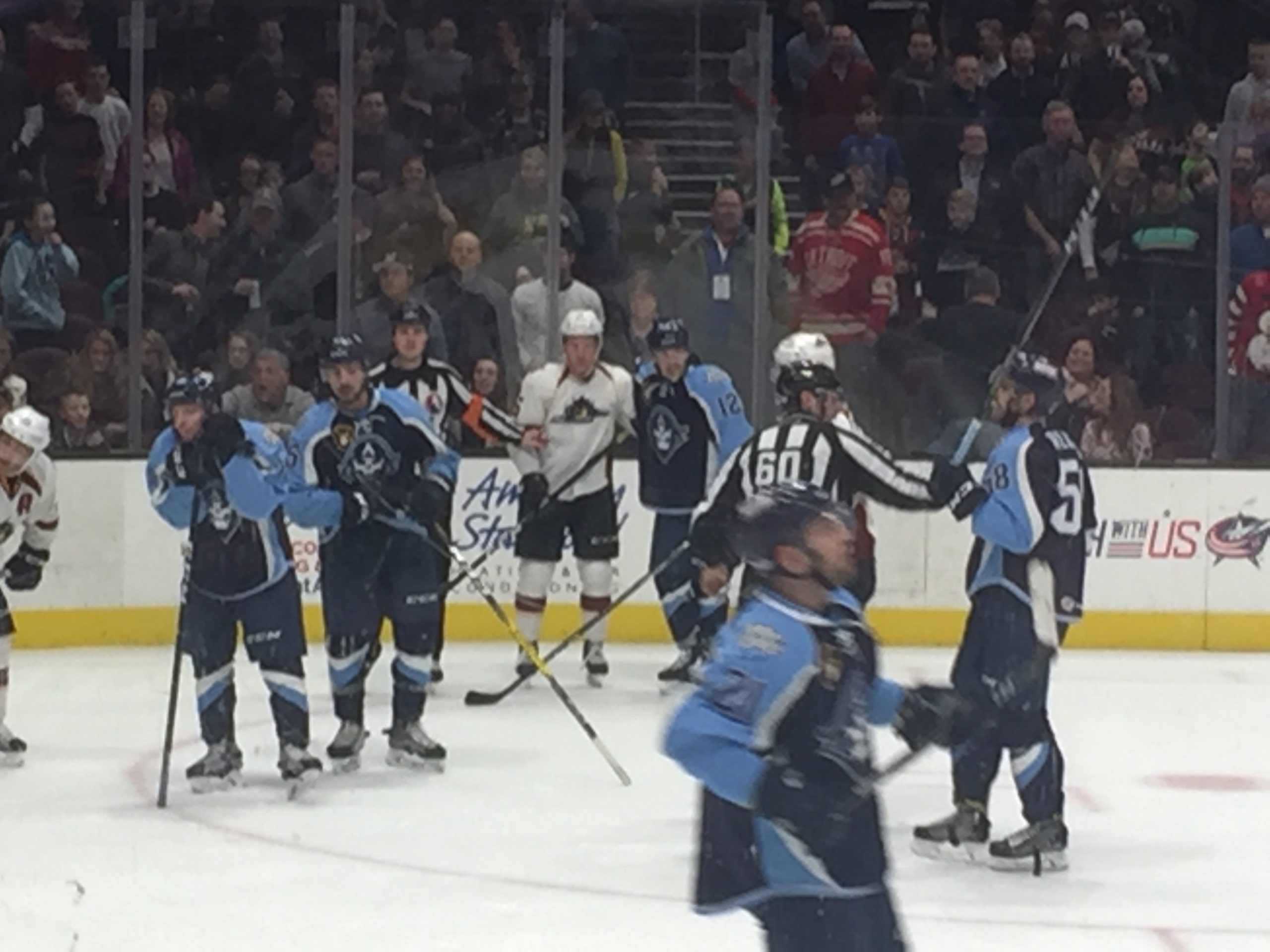 CLEVELAND, Ohio- The Cleveland Monsters looked to continue their winning ways on Friday, after what was a thrilling victory over the Iowa Wild on Wednesday night. In that midweek battle, the Monsters were down 4-2 in the third period before battling back from two goals down to send things into overtime. Dean Kukan would create the feel-good moment when he nailed the game-winning marker in the extra frame of hockey. It was one of those games that had created the thought that Cleveland’s offense finally found a pulse.

Early on Friday night, that was the case. Though they didn’t find the back of the net in the opening frame, Cleveland worked a lot of pucks towards Admirals goaltender Anders Lindback. The Monsters finished with six official shots on Lindback but definitely had some nice chances.

However, it was Milwaukee who would open the night’s scoring festivities. Trevor Murphy fired a shot from the high-slot to beat Cleveland goaltender Matiss Kivlenieks, getting the Admirals the opening marker at the 14:09 mark off a pass from Frederick Gaudreau. Milwaukee would take that 1-0 lead into the break heading into the middle stanza.

Pierre-Cedric Labrie had the second marker after a two-on-one look at Kivlenieks occurring at the 4:19 mark. It was an unassisted goal after Labrie looked off Cody Bass and proceeded to fire the shot past the Cleveland net-minder. The Admirals once again outshot and outscored the Monsters to give them a nice advantage going to the final frame of the game.

Cleveland seemingly found life when Brady Austin beat Lindback to his right side to get the Monsters on the board at the 7:26 mark of the third period. However, Anthony Richard flew down the ice and snuck the puck between Kivlenieks’ leg blockers at the 7:55 mark to take all of the steam out of the comeback. Joe Pendenza’s one-timer from Blake Siebenaler at the 11:00 mark tried to spark another rally but once again the Admirals put an abrupt end to the second attempt.

A very controversial sequence saw Lindback throw a forearm with his stick hand at an attacking John Ramage, who hit the ice as a melee followed. The shocking decision by the officials was that Ramage would be heading to the sin bin for slashing Lindback on a second-look before the puck was secured by the goalie. Lindback got off scott-free with throwing a shot at Ramage, which opened the door for a Harry Zolnierczyk power-play goal at the 15:50 mark to make it 4-2 Milwaukee.

Frederick Gaudreau received the flip-pass from Richard to beat Kivlenieks for the fifth goal of the night. It was the second power-play goal of the final frame for the Admirals, who capitalized off of the bench minor on Calvin Thurkauf for delay of game. Milwaukee would take the 5-2 victory, leaving the Cleveland faithful with a sour taste in their mouths on Star Wars Night at The Q.

What will really stick out in this game was the number of total penalties this game saw. It seemed like players were tagging in and out of the sin bin all night, as there were twenty-two penalties for seventy-two combined penalty minutes. Cleveland took on the brunt of the calls, accumulating twelve of the penalties tonight. It’s impossible for a team to get in a rhythm when they play with four guys on the ice for a majority of the game and tonight was a prime example of that. Not only for the Monsters, but also for Milwaukee.

The story of Cleveland’s downfall tonight was just as obvious to Monsters Head Coach John Madden as it would be most.

“Every time we got something going, we took a penalty,” Madden told media members after Friday’s loss. “Whether it was a good call or a bad call, it didn’t help us. When you have those breakdowns in the game, it doesn’t help.”

Cleveland falls to 9-12-3-2 and will get ready for another clash with Milwaukee on Saturday, with opening faceoff set for 7 pm.

Cleveland Monsters Win Wild One 5-4 in Overtime Over Iowa At the Q
Monsters Fall Flat In Third, Downed By Milwaukee 5-3