Patriots Take Down the Browns 38-15 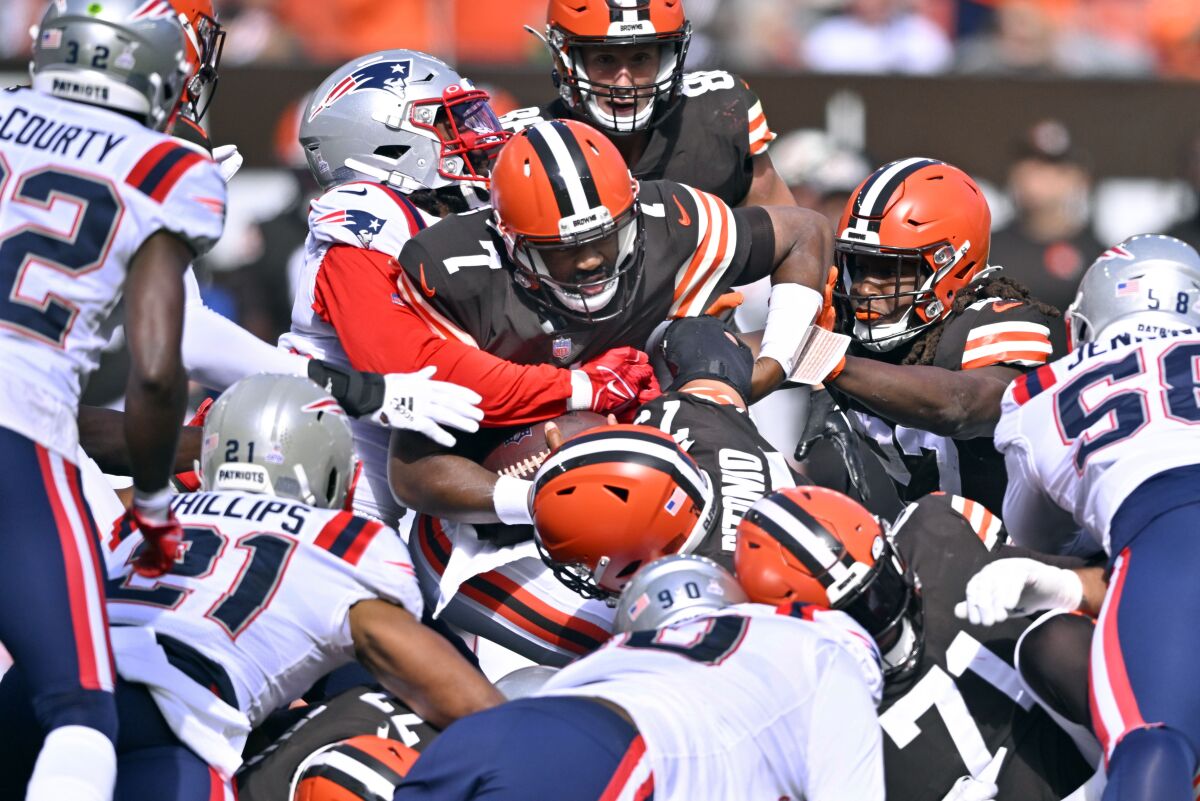 After the week 6 game, the Cleveland Browns stand at a 2-4 record. This week they faced off against the New England Patriots. The Browns abruptly stopped their offensive progression when QB Jacoby Brissett threw an interception on the opening drive. The defense stood tall and only allowed three points after this. The Browns’ offense stood still most of the game facing issues with moving the ball downfield. Turnovers on the offensive side really killed our momentum through most of the game and that led to the defensive side of the ball crumbling and allowing so many points.

After a game like this, it leaves us wondering what changes need to be made on the play-callers side. There seems to be a lack of understanding between the coaches and the players. It doesn’t help that we have a backup starting at quarterback. However, when we are unable to score a touchdown until garbage time, there are some fingers starting to get pointed.

What to look for in the future

The Browns have needs at the WR position to try and create more openings and passing lanes for Brissett. It will be interesting to see how they address the issue. Kenny Stills was one of the free agents brought in for a workout. Another issue they need to address is the defensive play calling and play recognition issues, too many big yardage gains are being given up by our secondary. Even though we were missing Denzel Ward and Jadeveon Clowney we still should not be allowing big plays down the field in such a high commodity.

As The Browns got (Zappe)d in their 3rd straight loss the record progressed to 2-4. Next week we move on to the Baltimore Ravens. who currently lead the division with a record of 3-3. Game planning for the Ravens will require a lot of work and focus on our line-backing core. Lamar Jackson is the best dual-threat QB in the game currently. Mark Andrews is one of the best TEs in the game and is normally lined up against linebackers.