Parma Claws Back From Down 21-6; Stuns North Royalton with 30 Straight Points in 36-21 Win 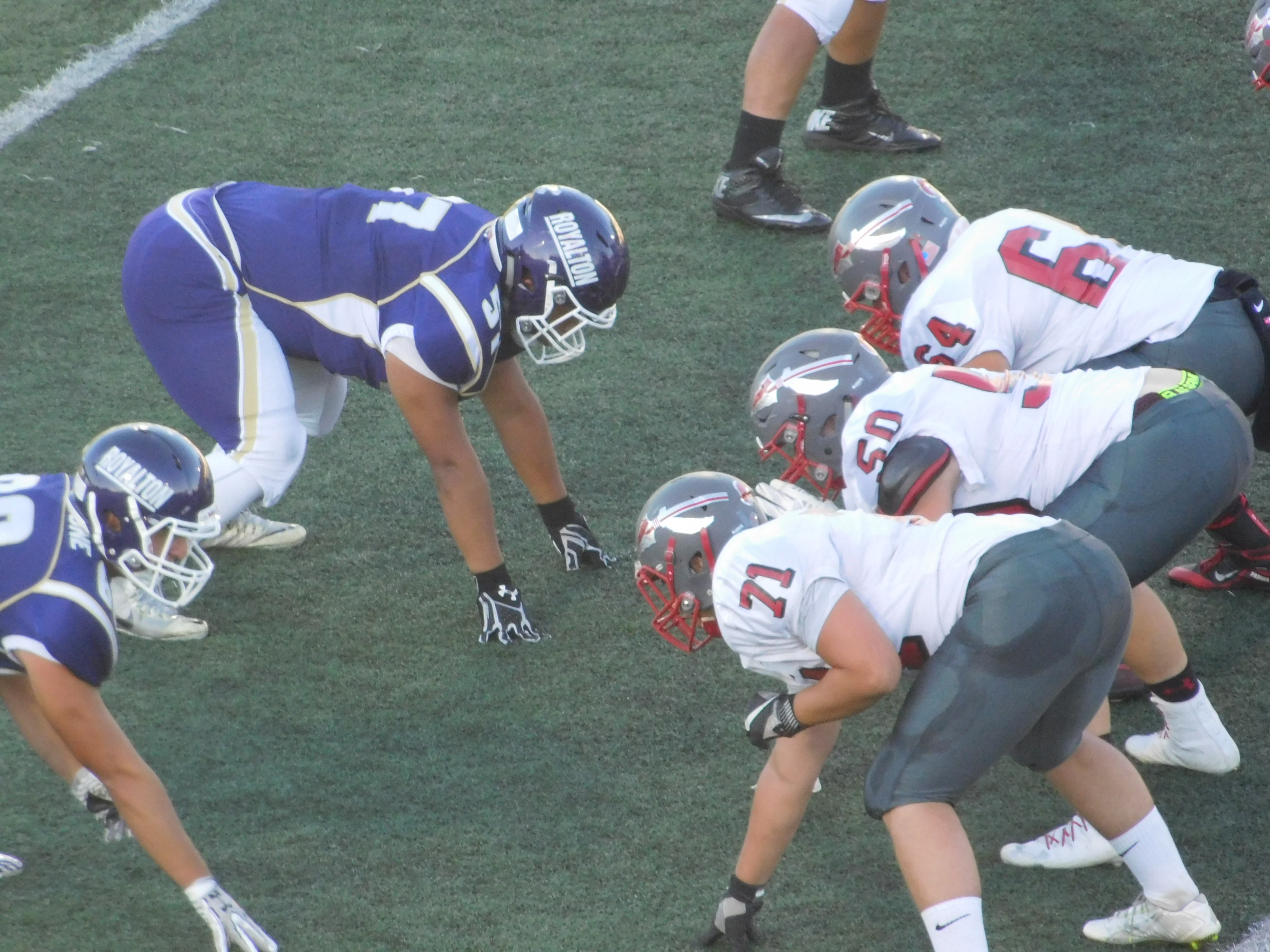 The Book Shelf LLC brings you a recap for the North Royalton Bears quest to get to 2-0 as they host the Parma Redmen.

NORTH ROYALTON, OHIO – They play 60 minutes for a reason, and that was never more evident Friday night in North Royalton, as the Bears and Redmen played a wild week two affair.

Everything looked to be going the Bears way as they built what seemed to be a commanding 21-6 lead over Parma at the half, but a barrage of big plays saw Parma go on a 30-0 run as they defeated North Royalton 36-21 to even their 2016 mark at 1-1.

“We had a lot of big plays, we’ve been talking all year about overcoming adversity,” Redmen coach Bruce Saban said. “When you get down 21-6 you have to find a play somewhere, we ended up getting a pick six, and that pick six turned the momentum.

“Once we got that momentum, our defense just ratcheted it up and we were able to run the ball, pound the ball, and do what we wanted to do in our game plan.” 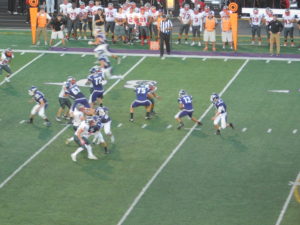 North Royalton, who last week topped North Ridgeville in a week one battle, fell to 1-1 with the setback.

Parma down by 15, started the second half with a 90-yard interception return by defensive back Andrew Shields which turned the game around and made it a 21-14 game on the first Bears drive of the second half.

The Redmen defense dominated the second half, forcing two sacks, the pick six, and then a fumble return of 55 yards by Mark Post to seal the deal to give Parma the 15-point edge with 8 plus minutes left in the fourth quarter.

“Just a hustle play,” Saban said of the clincher. “We were gambling with our defense putting pressure on them, looking for a big play, and Mark Post, that kid can play.”

Parma struck first on a nifty drive to start the game. They started at their own 28, and drive 72 yards with a big play being a 3rd down conversion with Bryson Durham rumbling for 12 yards to keep the drive alive.

They converted a 28-yard touchdown with Kyle Lyon scrambling, then finding junior wide out Dylan Herb for the pass and catch to make it 6-0 after they failed on the 2-point conversion with 7:40 to play first quarter.

“Our first drive was a pretty nice drive in the game, and then we talked about it last week, we get in our own way sometimes,” Saban said.

The Bears came right back, as it took them just five plays, with Jake Franczak rumbling 33 yards on a 3rd-and-3 to give North Royalton a 7-6 lead as they converted the extra point with 5:27 left in the first quarter.

A Parma fumble later in the quarter allowed the Bears to take an eight point lead. It was Franczak again, this time from eight yards out after the Bears went 21 yards following the turnover to make it 14-6.

The Bears outgained Parma 83 to 73 in the opening 12 minutes.

The only score in the second quarter came from a great play call, as the Bears started at their 48, and faced a 4th-and-1 from the Parma 27.

Looking like they would run to get the first, quarterback Christian Robinson threw a perfect strike over the top to 215-pound junior TE Gino Mucciarone to take a 21-6 lead.

The Bears got the ball to start the third quarter, and were driving after Robinson hit Zach Antonio with a 35-yard pass 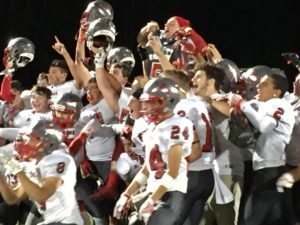 to get to the Parma 25, but quickly the tide turned.

On a tipped pass, Parma Shields picked off a pass and raced 90 yards the other way, turning inside at the 10 to get into the end zone to put the Redmen back on the board.

Parma converted the two-point conversion and with 9:44 to play 3rd quarter it was a 21-14 game.

The Redmen made two key defensive stands in the third quarter, and converted to make it a one-point game after they scored a second TD of the quarter with 1:42 to play.

Bryson Durham rumbled in from 14 yards out, making it a 21-20 game. The point after kick was blocked, keeping the Bears ahead by a point.

The Redmen after a good return for the Bears, stepped up again on defense, as they collected a pair of sacks on the next drive, forcing a punt by North Royalton.

With the ball on their own 30, the Redmen pulled off the play of the game to take a seven-point lead to quiet the home side of the crowd at Gibson Field.

Quarterback Kyle Lyon loaded up, and fired a long ball in traffic. Two players appear to have tipped the ball, and receiver Micah Rivera grabbed the ball out of the air, and raced the final yards for the touchdown to give Parma the rather stunning lead.

They built on the lead with another huge play, as with the Bears at the Parma 45, Robinson fumbled as he looked to throw with pressure bearing down, and Post picked up the ball and raced untouched 55 yards for the score make it a 34-21 lead for the Redmen.

At that point, the Redmen, who trailed it by 15 at the half, had ran off 30 straight points in 15:22 since coming out of the locker room to take the 15 point lead the other way.

“That’s a really good Royalton team, we’ve been watching all their scrimmages, we’ve seen them on film, they are going to win some games,” Saban said after the win.

Lyon ended the night for the Redmen throwing for 183 yards and two touchdowns with an interception. Durham ran for 65 yards on the evening with a score.

The Bears of North Royalton next week play at the Highland Hornets. The Redman will open their home portion of their schedule with a Thursday game at Byers Field against John Marshall. 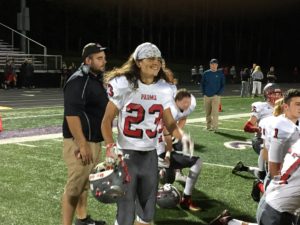 pass and raced 90 yards for a score to change the game early in the second half.

Shields also picked off a first half pass, and caught a touchdown that was called back.

“He’s a great player, he’s about a 135 pounds but you would never know it, I think all 135 pounds is pure heart,” Saban said of Shields.