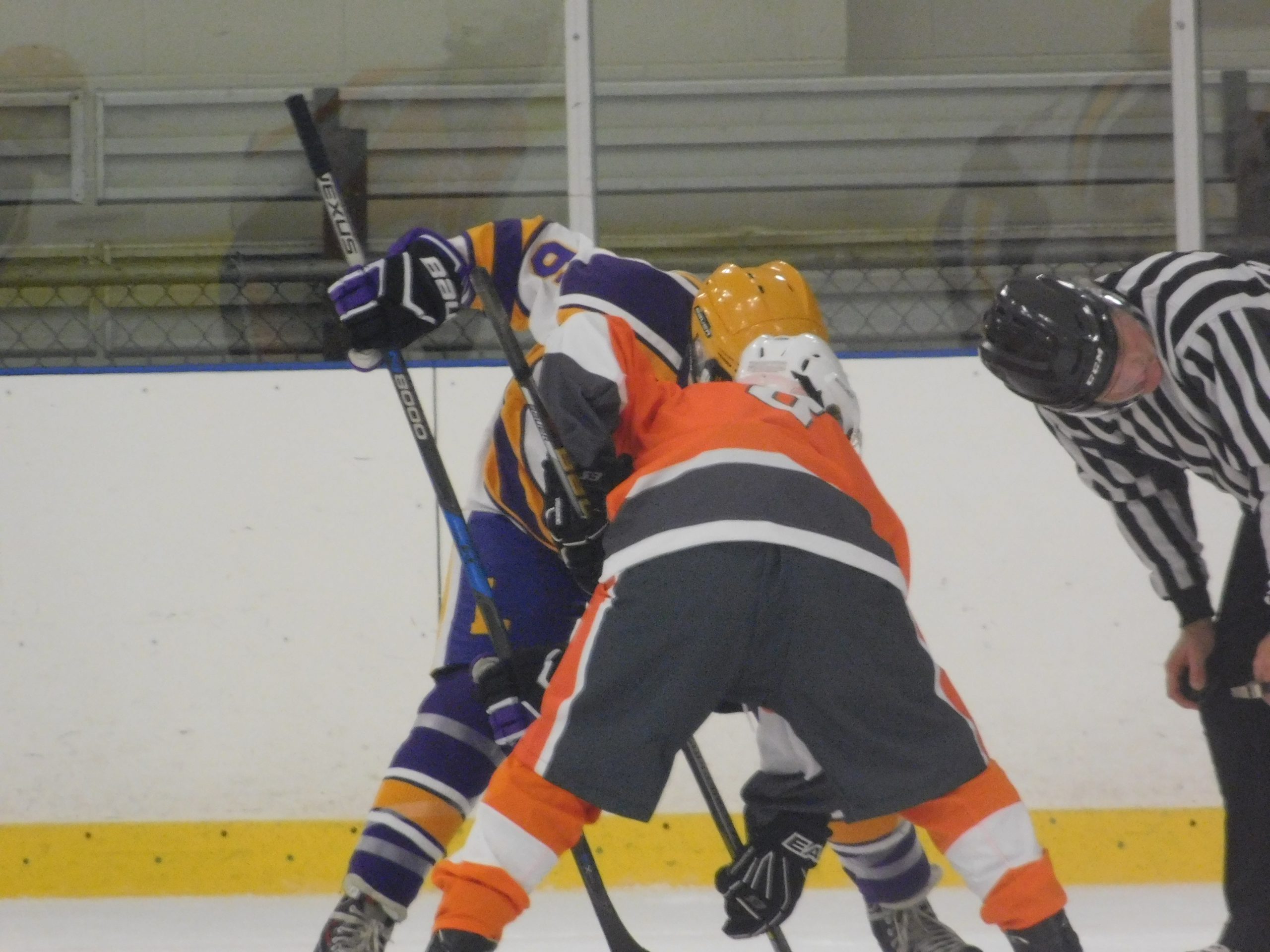 PARMA, OHIO – The Orange Lions only needed two of their 46 shots to take care of business in the first round of the Bruce Anderson Memorial Tournament on Friday, as they topped the Lakewood Rangers after a slow start 2-1.

With the win the Lions will move on to play North Olmsted at 7:45pm on Saturday night. The Rangers setback will set up a battle with Normandy at 9:30pm Saturday evening in Parma.

Orange got a great game in goal from senior goalie Max Rekhson, as he turned away 25 of 26 Lakewood shots. While the Lions couldn’t find the back of the net until the final 15 minutes they made the most of it when they did.

The three-year starter in goal is going to be key for the Lions this season, and his performance against Lakewood was a good sign that Orange should be better than last seasons 11-11-0 mark.

The Lions started the third period down 1-0, but scored quickly as junior forward Justin Beachler scored 1:55 into the final period to tie the game.

Orange took the lead less than two minutes later, as their offense continued to pepper Holden, and the game-winner was scored 4:01 into the third as senior forward Zach Cohen lit the lamp, with Jason Kornbluth getting the assist to make it 2-1.

The Rangers offense had some shots in the final period, but were unable to score to tie the game, having a rally in the final minute that fell short.

Orange is looking to have a better showing in this year’s tourney than in 2016, as despite an opening day 6-1 win over the same Lakewood Rangers, they eventually fell to Avon 7-2 to end their run in the Holiday tournament.

The first period was fast paced as both teams attempted to set the tempo, and neither team was able to get much momentum, as despite 20 shots on goals between the teams it was a stalemate.

The game was scoreless after the first 15 minutes, with each team recording 10 shots on goal.

The second period saw much of the same as the two teams continued to try and set some sort of offensive tempo, but the puck finally bounced the Rangers way to give them a 1-0 lead.

After a rush at the Orange net, the puck became loose and Lakewood senior forward Mac Macfarlin put in a pretty backhand past Rekhson and into the back of the net for the 1-0 edge.

The goal came at 4:42 of the second period, and the assist went to junior forward Kyle Priddy.

It was the only mistake that Rekhson would have in the 45 minutes of play.

The Rangers had another shot at the end of the second period, as they went on a man advantage for two minutes, but the Lions were up to the task, turning Lakewood away and keeping it a 1-0 Rangers lead after two.

Orange held the edge in shots on goal after two periods 26-19 despite trailing by a goal.

Click the Pages Below to See More Pictures From the Game between Lakewood and Orange!