Orange holds off Geneva 68-67, to pick up first win of the season 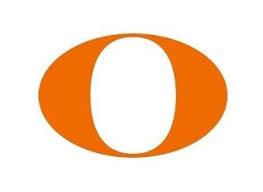 Pepper Pike, Ohio – Orange picked up their first win of the season with some very clutch defense and timely buckets down the stretch, holding off Geneva, 68-67 in a Chagrin Valley Conference Chagrin Division thriller.

The Eagles got off and running in the second half with buckets from sophomore guard Brandon Smith and sophomore forward Dakota Harvey to spark an 13-3 run, which put Geneva on top, 46-43.

But the Lions would counter with a 16-4 run of their own, getting baskets from sophomore forward Donald Hughes and senior forward Revelation Sanders, to end the third quarter with a 56-48 lead.

Geneva would counter Orange’s run with a 9-1 run of their own to begin the fourth quarter, and cut the Orange lead to 58-57 with 5:21 left.

Orange remained in the lead, with a couple of key stops on defense and a couple of timely calls that went in their favor.

Up 63-61 with about two minutes left, Orange got a key steal and three pointer from senior guard Caleb Zwick to pad their lead to five. On Geneva’s following possession, Stoltz was fouled behind the arc, but hit only one of three free throws. Stoltz then got an offensive rebound and passed the ball to Brandon Smith, who sank a three pointer to cut the deficit to 68-67.

After Zwick missed the front end of a one-and-one, Geneva had one final shot at victory. But Grant Mihalick’s three-point attempt was no good, and Orange held on to pick up their first victory of the year.

“We played hard, we just need to slow our offense down more so that we can get better looks.” said Brandon Smith, who ended the night with 21 points. Nick Stoltz led the Eagles with 23 points.

Revelation Sanders had 21 second-half points, and finished the game with 29, to lead all scorers.

“It feels great to get the victory tonight. We practice a lot of free throws, and put a lot of hard work and effort in. I couldn’t have done it without my team.” said Sanders.

“This was our first home game of the season. It feels great to come out and get a win for our new head coach.” said Pyner.

Orange improves to 1-4 (1-1 CVC Chagrin) and travels to West Geauga on Tuesday, December 19.

Geneva drops to 3-2 (2-1 CVC Chagrin) and travels to Chagrin Falls on Wednesday, December 20.