One Last Urban Tale, Buckeyes Look to send Urban Meyer Off with a Win at the Rose Bowl 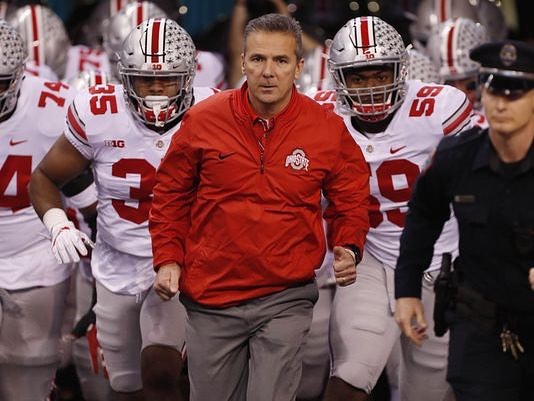 Ohio State will take on the Washington Huskies at the granddaddy of them all this afternoon, the Rose Bowl, and checking online sports books with a pinnacle vip code you will see the Buckeyes are favorites to win the game.

Here are three keys to a Buckeyes victory:

1. Urban Meyer: This will be Urban Meyer’s last game as head coach of the Buckeyes. Meyer has been the head coach at Ohio State since 2012. His overall record is 82-9, and emotions are expected to be high for the final game with him patrolling the sidelines.

2. Dwayne Haskins: Haskins has yet to declare for the NFL Draft. Many NFL experts are projecting Haskins to be a first round quarterback, should he decide to come out and become a Sunday player as opposed to a Saturday player. For Haskins, this could be the last game he plays at Ohio State. A game that could dictate his decision.

3. Defense: In recent years, Ohio State has pride themselves on defense. This year the defense has had their moments of struggle. The inconsistency and a terrible showing at Purdue cost the Buckeyes a magical season. Defensive coordinator Greg Schiano could audition for another coaching job, and his future at Ohio State seems unclear at the moment. Though he hasn’t been linked to the job yet. Schiano could be potential candidate to be the next head coach at West Virginia.