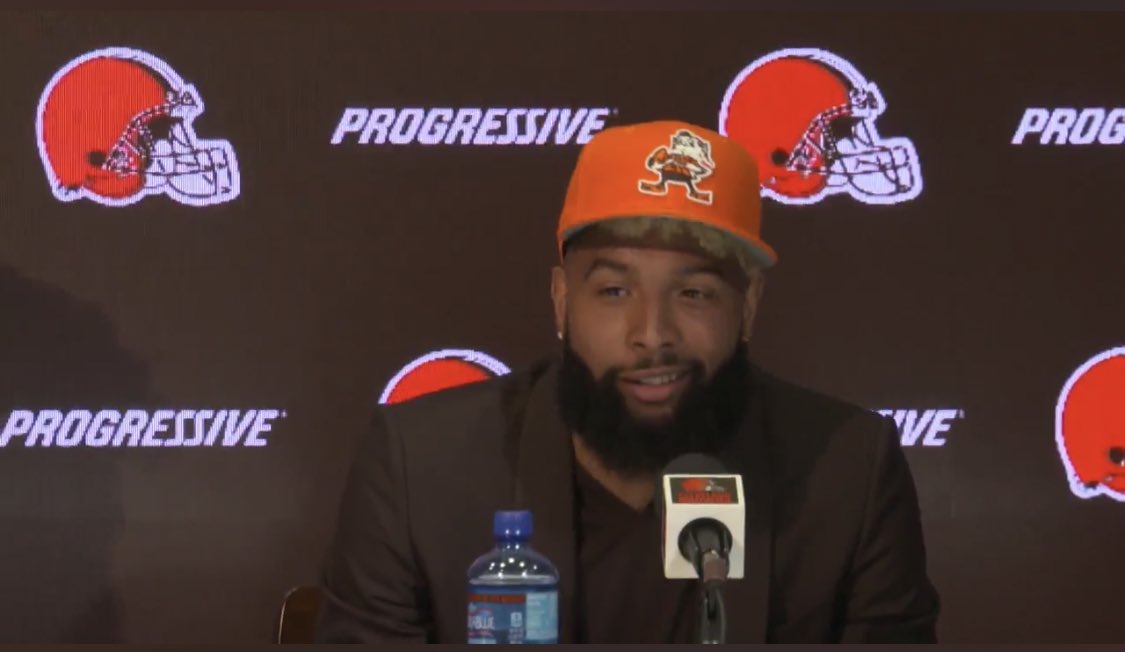 As of Monday evening, Browns wide receiver Odell Beckham Jr. was present at the team’s facility in Berea a day before OTAs begin. His presence became known first in an Instagram story from fellow wideout Antonio Callaway where Beckham Jr. could be seen in the locker room.

ESPN’s Chris Mortenson has since reported that the star wideout’s arrival is no coincidence as he expects to participate in the first day of voluntary OTAs, Tuesday.

After being introduced to the media back on April 1, the 26-year-old was busy training in California, where he lives during the offseason, while the Browns began voluntary workouts. That was nothing new for Beckham Jr. who regularly  trained on the west coast in the offseason during his five years with the Giants. That said, his return to Berea is surely a welcomed one by his coaches and teammates.

Along with OBJ, running back Duke Johnson is also expected to join the team for phase two of their offseason program according to Cleveland.com. To this point, Johnson has been sitting out the team’s voluntary workouts after his agent Kristin Campbell asked the Browns to trade his client last month.

The trade demands came after John Dorsey signed troubled running back Kareem Hunt, threatening the role of Johnson out of the backfield. However, with Hunt facing and eight game suspension for his involvement in a physical altercation with a woman here in Cleveland’s luxury hotel The 9’s last offseason, Dorsey and head coach Freddie Kitchens have maintained that Johnson is a vital part of the team ahead of next season. Additionally, Johnson is under contract for the foreseeable future after being given a three-year contract extension last offseason worth $15.6 million.

OTAs consist of 10 days of practice spanning the next three weeks. The first session runs from Tuesday-Thursday of this week, the second also spans three days from May 21-23, concluding with a four-day session in two weeks from May 28-31. Once OTA’s wrap up, mandatory mini-camp awaits for the Browns on June 4.

At this point it’s unclear just how many of the 10 voluntary practices Beckham Jr. and Duke Johnson plan on participating in over the course of the next three weeks. At the very least their presence will put to rest the critics who felt there absences to this point were going to cause issues in the locker room.