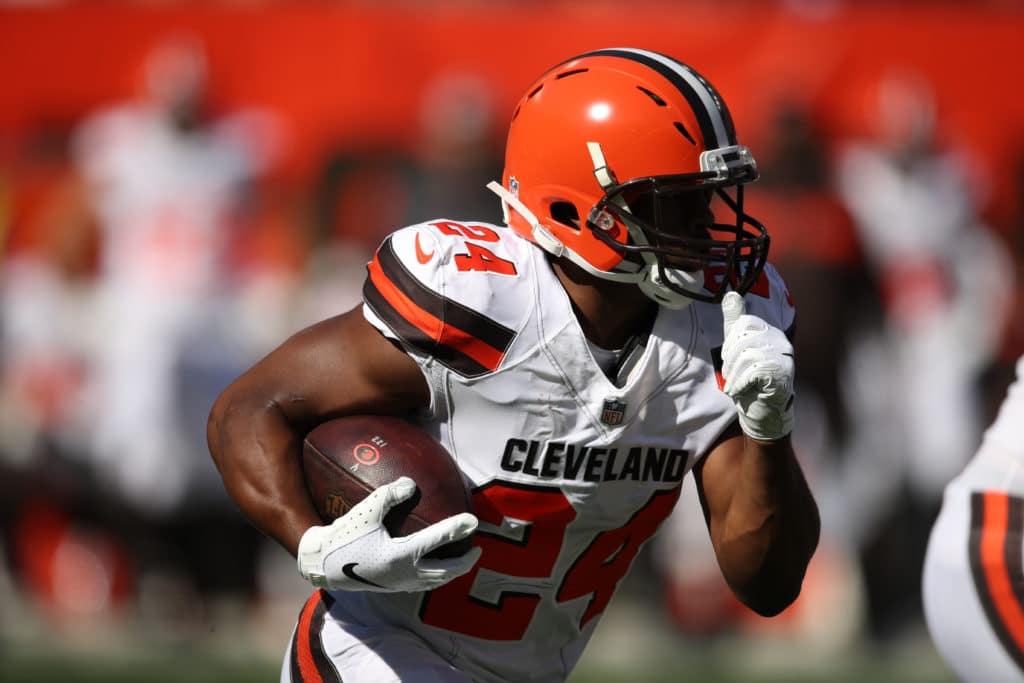 It took a few weeks Browns head coach Freddie Kitchens to really utilize his young running back Nick Chubb but once he did in Week Four the payoff was huge.

Chubb racked up 165 yards rushing and a career-high three touchdowns on 20 carries in Cleveland’s 40-25 win over the Ravens on Sunday. The performance earned him AFC Offensive Player of the Week honors as the NFL announced on Wednesday. It’s the second-year running back’s first time earning such recognition.

The majority of Chubb’s yardage came on an 88-yard touchdown run in the fourth quarter. That particular TD was the second-longest TD run of the 23-year-old’s career, behind his 92-yard score against the Raiders last season. Both those runs are the first and third longest in franchise history.

Chubb also became the first Browns running back to score three touchdowns in single game since former Madden Cover man Peyton Hillis did it in a 24-23 win over the Panthers on Nov. 28, 2010.