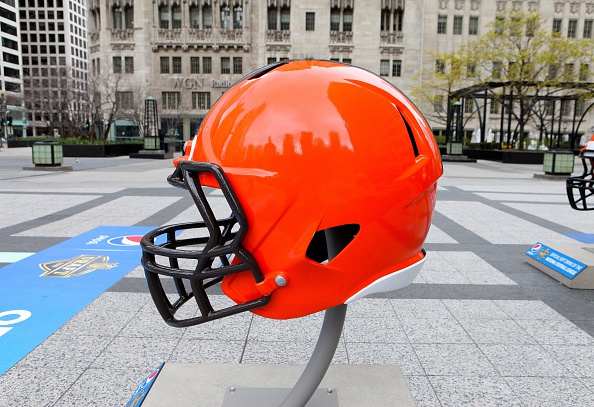 1.) Round 1 No. 15 Corey Coleman WR Baylor
Grade: D+
The Browns deserve some credit for moving down to get the top WR on their board but he was fifth on mine. He’s smaller and might not be able to play outside, which would confine him mostly to the slot. While he has 4.4 speed ,he also has questionable hands dropping 12% of catches. The routes he was asked to run in Baylor were questionable, so he might need to improve there. I consider him exclusively a deep threat.

2.) Round 2 No. 32 Emmanuel Ogbah DE Oklahoma State
Grade: D
The Browns had their choice of the litter on day two, and I thought they reached on a pass rusher that was the fourth best one on my board to start the day. Ogbah was productive in college, fourth in the NCAA in sacks but his fit in the 3-4 needs to be seen. He’s got 4.6 speed, but plays with stiff hips and lacks a secondary move to get into the backfield. His tendency to be inconsistent and not go full effort every play is going to be some of the questions he needs to sort out.