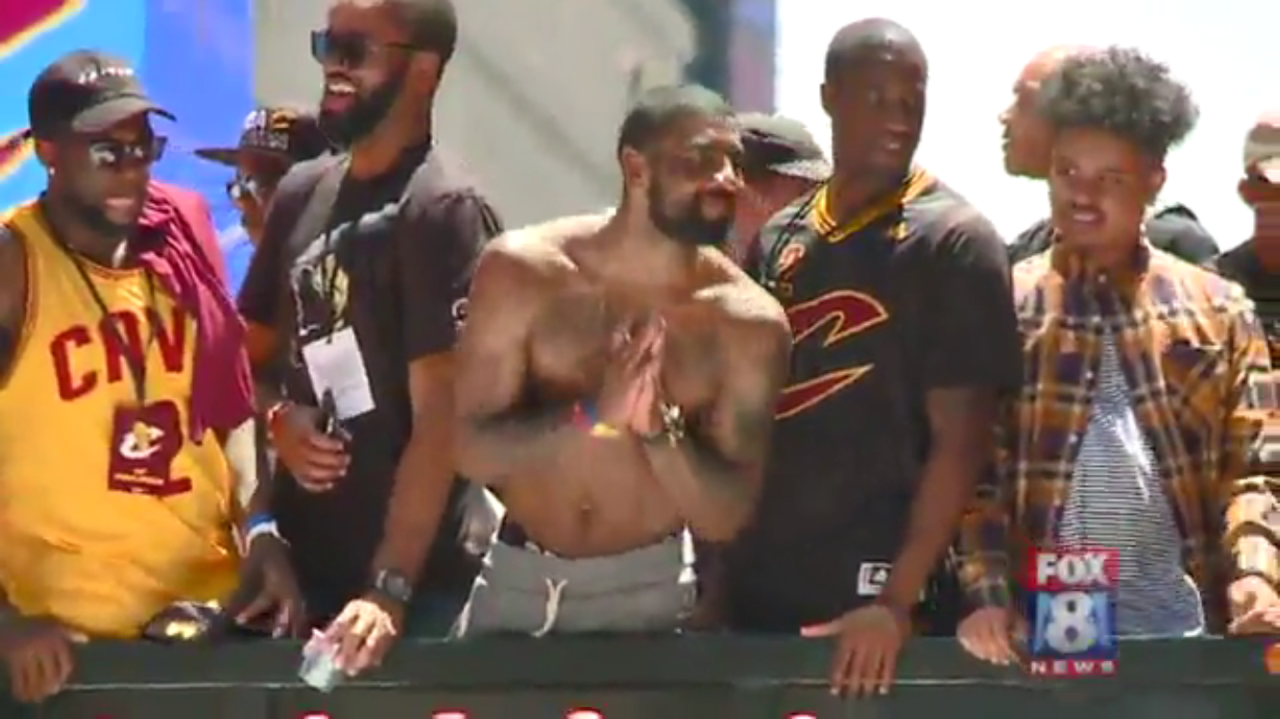 CLEVELAND– A new local ad is pulling no punches when it comes to Kyrie Irving.

Irving made news over a week ago, when he asked the Cavaliers for a trade in order to go to  team where he can have more of a starring role.

Now, WJW Fox 8 has debuted a new promo in response to Irving’s trade request that says, “This is Cleveland. You’re either with us or against us. You have to be tough to thrive here.”

It goes on to say, “if you don’t want to be part of our story, that’s fine. This city belongs to the king,” all while showing video of Irving from the Cavs championship parade last summer.