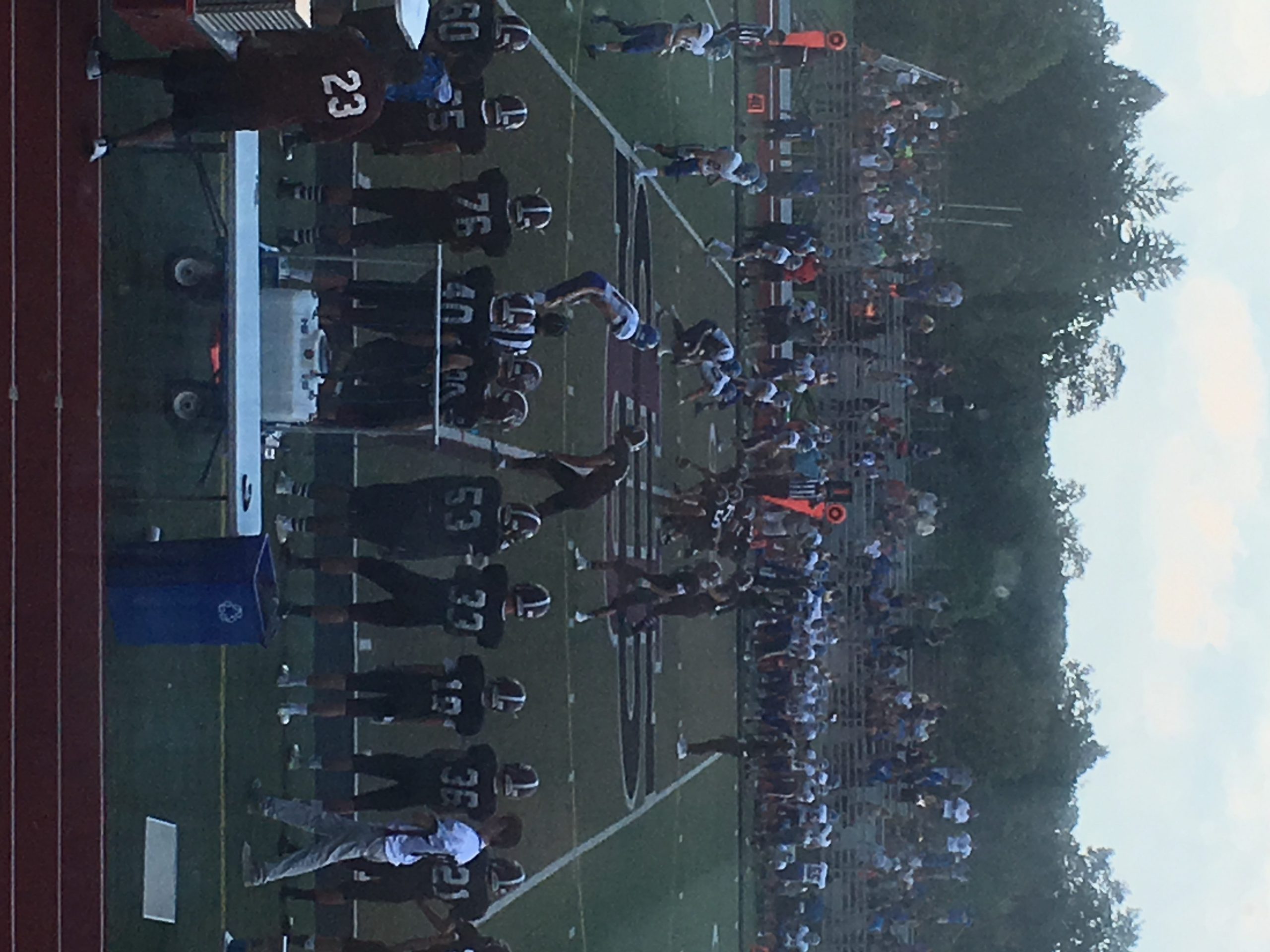 HUNTING VALLEY, OHIO – It was all NDCL (2-1) Saturday afternoon as they defeated rival University School (2-1) 38-0, helped out by a 31-point first half for the Lions.

“I challenge our guys today to fly around and that’s what the defense did today”. Coach Andrew Mooney said. “Its takes tremendous effort to get off the field and get the ball back and that’s what we did the whole game.

Both teams came up empty in their first drive of the game. Starting in the second quarter, NDCL quarterback Charles Forbes connected to Alec Roberts for a 58 yard touchdown pass.

Forbes then showed off his his ability by rushing in for a touchdown for nine yards to extend the lead to 14-0.

The Lions did their job on special teams as well, blocking a punt and returning it for 22 yards for a touchdown as Harrison Richardson recorded the score to make it 21-0.

Just before the half, Forbes found Brian Carney in the end zone for three yards and another score to make it 28-0.

On their first drive in the second half with a running clock, the Lions closed the books with a four-yard touchdown catch by Anthony Rabil, making it 38-0.

“I believe we got special guys in that locker room and I told them I let them down today.” University coach Ben Malbasa said.

“I didn’t have our guys ready to play today.”

The Preppers were held on the afternoon to just 62 total yards.

The game was stopped in the third quarter with six seconds left due to lighting in the area, and was called for good as NDCL took home the win to get to 2-1 on the year.

Next week: NDCL will travel to Cleveland Central Catholic for another conference as University Schools takes on Rocky River.