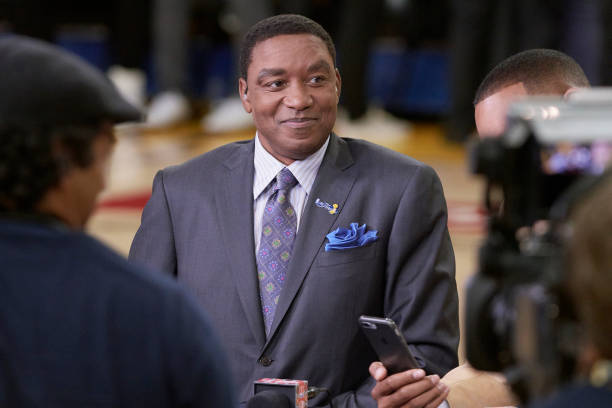 The debate of who the greatest NBA player of all-time is will forever be around for players, coaches, media members, and fans to argue about. Michael Jordan, LeBron James, and Kareem Abdul-Jabbar are just a few names to throw into the discussion.

And as is par for the course, NBA Champion and Hall Of Famer Isiah Thomas had his take on the matter. Thomas, who played point guard for the Detroit Pistons during the “Bad Boys” era, stated that he believed Kareem Abdul-Jabbar is the best player of all-time over Michael Jordan, LeBron James and others. The NBA TV analyst’s reasoning is the strong win-loss resume that Kareem boasted from middle school through the NBA.

However, Thomas then addressed the LeBron-MJ head-to-head debate and made a decision on that as well. The former Indiana Hoosier said he would take LeBron over Michael Jordan right now because of a few factors.

Watch the video of Thomas’ explaination below:

Thomas isn’t the first to choose James over Jordan and surely isn’t the only one to cite the reasons listed in his argument above. But it is worth noting that LeBron is passing Jordan in a lot of individual accomplishments and has the opportunity to catch Jordan in total championships. Of course, Jordan still holds that over LeBron and the undefeated Finals record he can boast to this day.

But for right now, LeBron is focused on claiming the 2018 NBA Championship. And in the process of doing such, he’ll continue in his journey to catch Jordan.