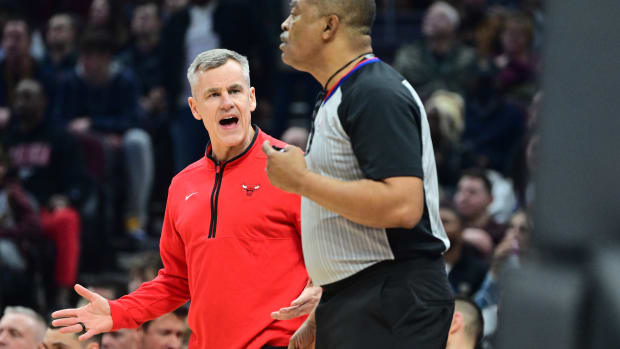 The NBA Last Two Minute Report was released, and noted two important mistakes that the referees made at the very end of the 4th quarter in Monday’s Bulls vs Cavaliers game. Both mistakes favored the Cavs, and here is the complete report.

Here are both issues from Rob Schaefer, a reporter who covers the Chicago Bulls.

The first mistake occurred as Jarrett Allen scored a hook shot with only 12.1 seconds left in regulation. Allen lifted his pivot foot and replanted it just prior to going up to shoot. A traveling violation should have been called, which would have nullified the basket that made the score 128 – 127, Bulls. 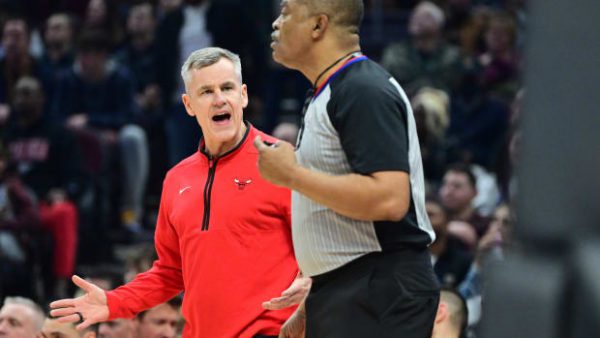 Here is the NBA Last Two Minute Report video. You be the judge.

The second mistake was even more egregious, and would have wiped out Donovan Mitchell’s miraculous basket after he intentionally missed his last free throw. Mitchell stepped over the plane of the free throw line BEFORE his shot attempt hit the rim, a clear violation.

The players lined up along the key at a free throw attempt are allowed to move into the key upon the release of the ball by the shooter. But the shooter can NOT cross the free throw line until the ball. But, the Bulls were also in the lane BEFORE the shot. There’s a picture in the thread above.

Here is the exact rule #9 from NBA Official:

RULE NO. 9: Free Throws and Penalties

The NBA Last Two Minute Report for the December Cavaliers 103 – 102 victory over the Bulls also noted another mistake at the game ending play.

The Bulls had the ball out with 5.8 seconds left. The inbounds pass went to Demar DeRozan, who spun and took one dribble, and took a shot with a little over two seconds left.

The report states:  LeVert (CLE) makes contact with DeRozan’s (CHI) left arm, which affects the release of his jump shot attempt. Here is the report.

A shooting foul should have been called on LeVert, putting DeRozan on the line for two free throws, with the Bulls down one.

Here is the video.

The intent of the NBA Last Two Minute Report is to display more transparency to the teams and fans. It does not change the final result, which is most fortunate for the Cavaliers.

The focus after Mitchell’s record setting 71 point game was entirely on him, as it should have been. This NBA report does not diminish his performance in any way. Referee mistakes happen frequently, and are noted throughout the NBA 82 game schedule.