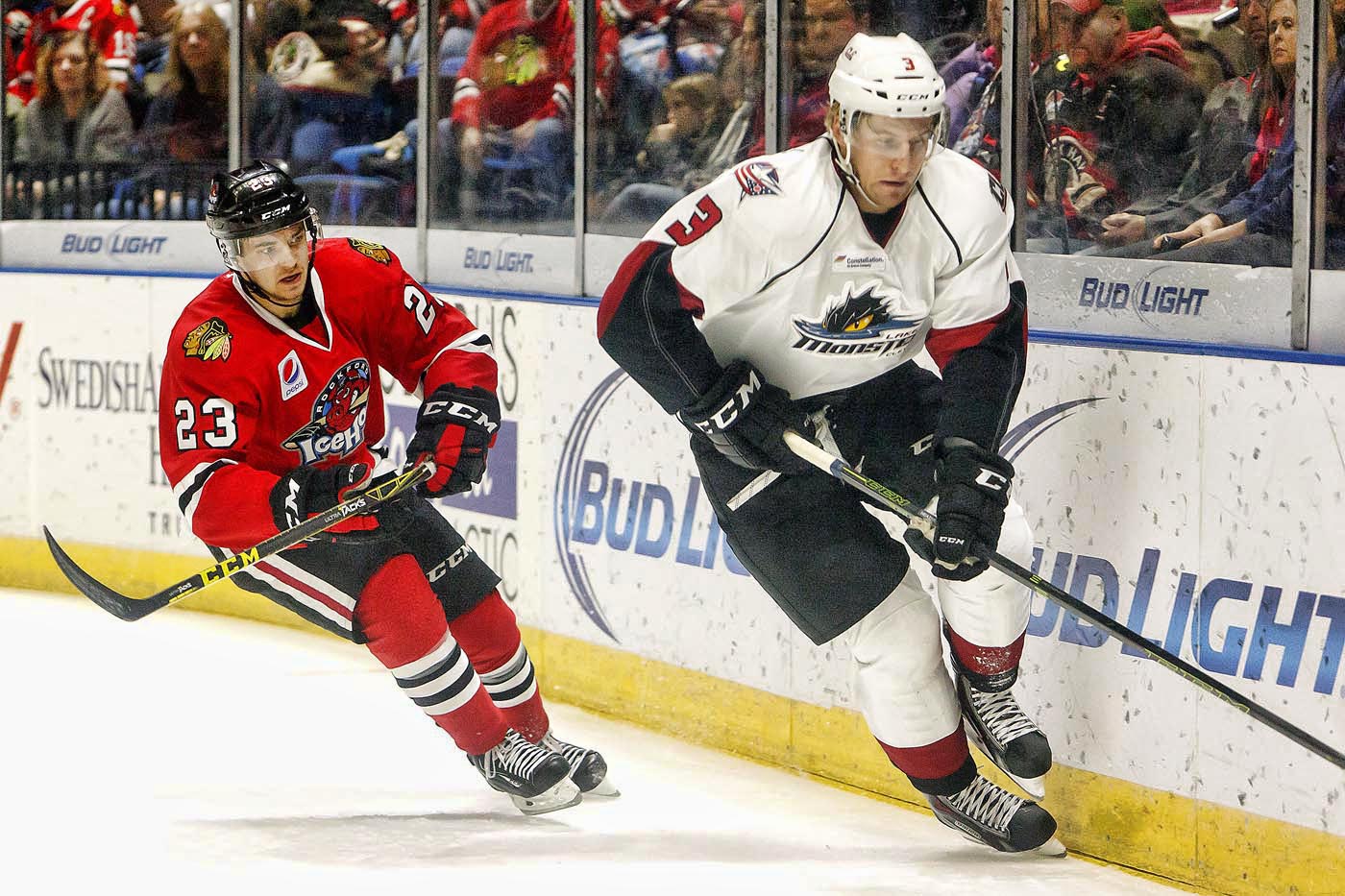 ROCKFORD, IL – In front of a sold-out crowd at the BMO Harris Bank Center in Rockford, IL, Cleveland’s Lake Erie Monsters were defeated by the Rockford IceHogs on Sunday by a final score of 3-1. With the loss, the Monsters fell to 10-4-0-2 overall this season and with a 68.8% points percentage, sit alone in 3rd place in the AHL’s Central Division standings.

After a tight-checking opening period, the IceHogs claimed a 1-0 lead late in the first when Dane Walters poked home a point-blank backhander at 16:55.

After a scoreless middle frame, Rockford extended their lead to 2-0 with a shorthanded Jake Dowell goal at 8:49 of the third before the Monsters drew within a goal at 8:49 of the final period when Derek DeBlois poked home his second goal in as many games, an even-strength marker assisted by Jaime Sifers that made it 2-1.

A Ryan Hartman empty-netter sealed the deal for Rockford at 18:54 to establish the ‘Hogs final margin of victory at 3-1.

Lake Erie starter Joonas Korpisalo took the loss in net, falling to 4-2-2 overall this season despite a 28-save performance while veteran IceHogs net-minder Michael Leighton claimed victory after supplying Rockford with 28 stops.

Next up for the Monsters, it’s a Wednesday clash vs. the Manitoba Moose with full coverage underway at 7:00 pm from The Q on ESPN 850 WKNR and the Monsters Hockey Network.