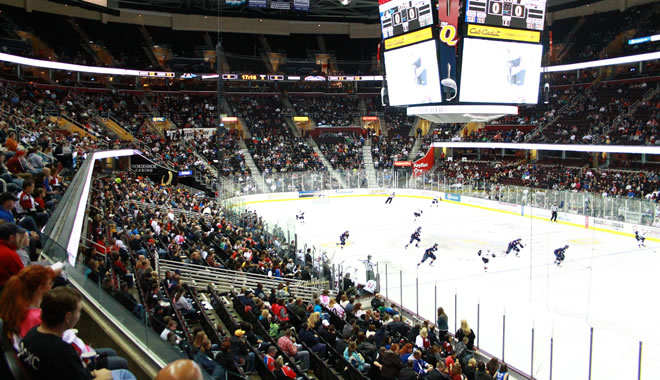 CLEVELAND – In advance of a Wednesday home game vs. the Manitoba Moose, Cleveland’s Lake Erie Monsters announced Tuesday that right wing Josh Anderson was reassigned to the Monsters by the NHL’s Columbus Blue Jackets and veteran defenseman Justin Falk was recalled by Columbus for the first time this season.

A 6’5”, 216 lb. native of Snowflake, Manitoba, Falk, 27, logged two goals, four points and 24 penalty minutes in 15 appearances for the Monsters this season. Acquired by Columbus from Minnesota on March 2nd, 2015, along with a 2015 fifth round draft pick, in exchange for defenseman Jordan Leopold, Falk contributed one goal, two points and 14 penalty minutes in 18 NHL games played for the Blue Jackets and Wild last season. Currently in the midst of his seventh full professional season, Falk, a left-handed shooter, has two goals, 19 points and 134 penalty minutes to his credit in 147 career NHL appearances for Columbus, Minnesota and the New York Rangers.

The Monsters also announced Tuesday that right wing Vincent Saponari was released from his PTO contract.