Monsters Rally for 3-1 Win Over Iowa 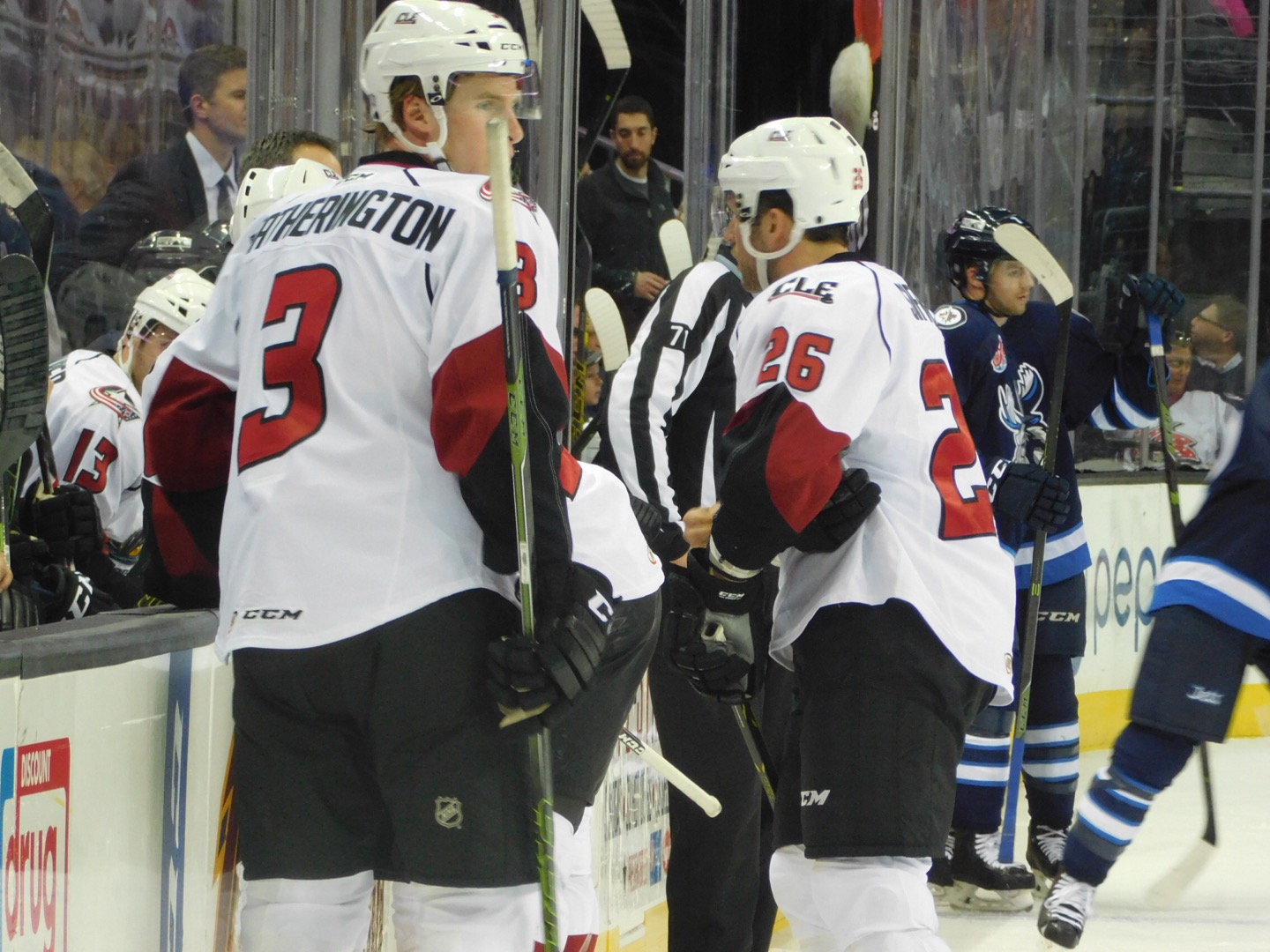 The first period from the Q tonight was uneventful to say the least. It looked like a game of Red Rover out there with both teams seemingly taking turns swapping possessions back and forth without many shots.

The period also lacked any major hits, penalties, or scoring threats besides the lone goal from the Wild. They gained position on the left wing deep in the Monsters zone and suddenly had a 3 on 1 right around the net with guys at every corner leading to a very easy goal from Jared Knight.

The Monsters had one opportunity late in the first on a wraparound shot from behind the net that was stuffed by a leg slave from the Wild goalkeeper Leland Irving.

The second period started out much like the first, slow. Once again neither team was able to muster off many shots with the both teams combining for only four shots in the first ten minutes of the period. The Monsters did a nice job killing the first penalty of the game about five minutes into the second without allowing any major shots on goal.

Lake Erie looked like a totally different team to start the third tonight and was extremely aggressive with the puck. The Monsters had their best chance to get their first goal so far in the night early on in the third with a shot close to the goal by RW Josh Anderson who just put it a little wide of the net.

They were finally able to break through with 8:33 left in the game after a rebound goal to a wide open side of the net for John Ramage, his second of the season. It only took the Monsters a minute and a half later to match their shot total for the whole game in the third period.

Staying aggressive and with just under three minutes to go, the Monsters won the faceoff and the puck ricocheted off the board right to Michael Paliotta who immediately shot it and may have had it deflected off of another player for the goal.

Guarding the 2-1 lead, the Monsters were able to hold off the extra man of the Wild and put away an empty netter with 30 seconds left for a 3-1 victory to improve to (13-5-1-2). Anton Forsberg improves to 8-2-1 on the year after allowing just one goal on twenty shots.

After the game, Coach Bednar was proud of his guys for responding in the 3rd period. He quoted that they are still a young team and have not had to face much adversity so far and therefore may have come out a little conservative in the first couple periods before unleashing for three goals in the final one to gain another victory.