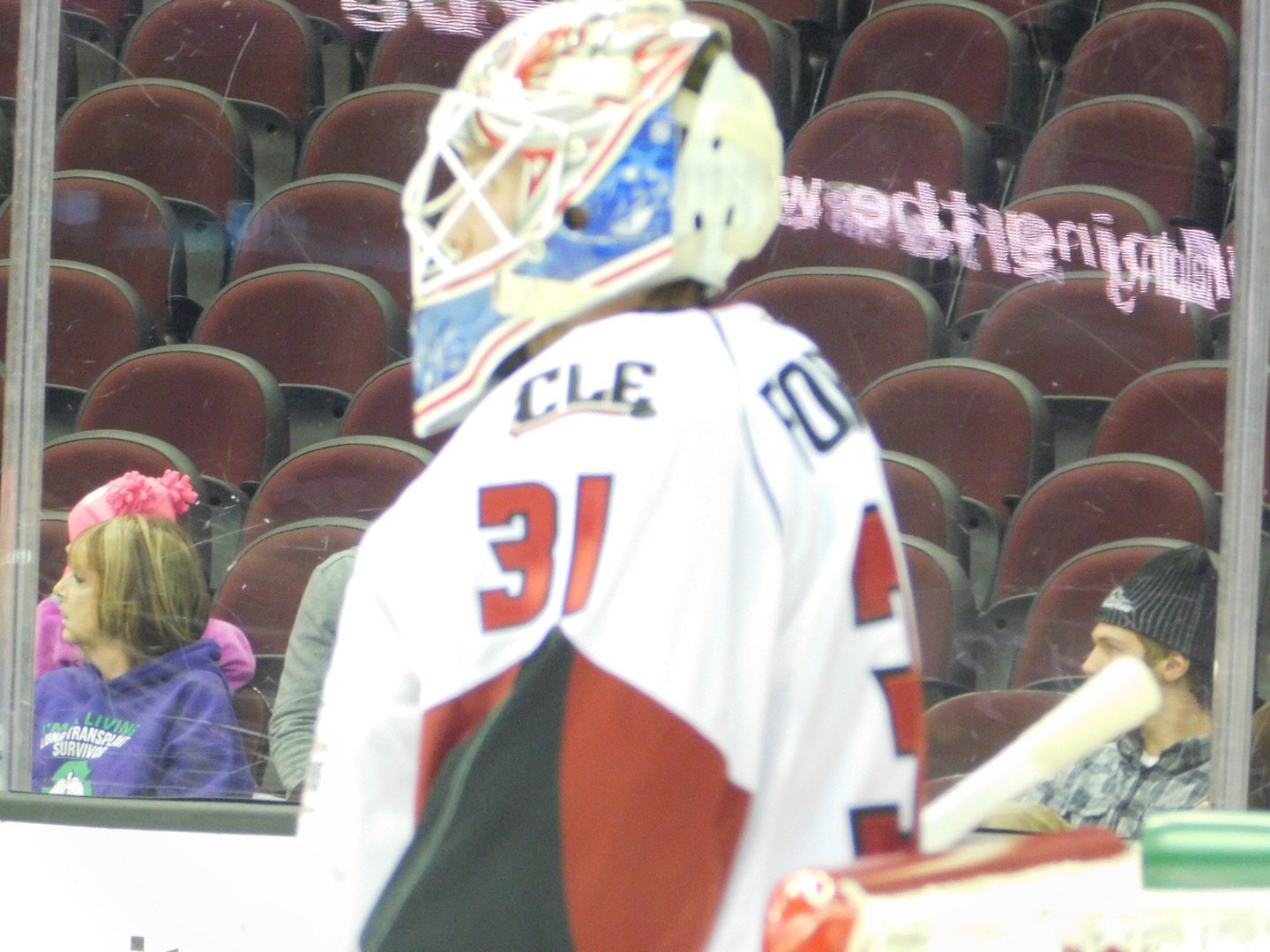 GRAND RAPIDS, MI – In the fourth of 12 meetings between the two teams this season, Cleveland’s Lake Erie Monsters outshot the Grand Rapids Griffins 42-17 on Saturday at Van Andel Arena, but were defeated by a final score of 4-1.

With the loss, the Monsters fell to 13-6-1-2 overall this season and with a .659 points percentage, currently sit alone in third place in the AHL’s Central Division standings.

The Griffins claimed a 1-0 lead early in the first period on Saturday as Andreas Athanasiou tapped home his sixth goal of the season at 5:03 on a breakaway pass from Anthony Mantha.

In the middle frame, Grand Rapids extended their lead to 2-0 when Eric Tangradi redirected an Xavier Ouellet point shot for his eighth tally of the season at 1:14.

The Monsters cut the Griffins’ lead to 2-1 when Dean Kukan wired home his third marker of the year at 8:16, an unassisted even-strength tally that beat Grand Rapids net-minder Tom McCollum high to the stick side.

Tangradi added a breakaway score at 14:58 and an empty-net goal at 19:44 to notch a hat trick and deliver the Griffins a 4-1 victory and the team’s eighth consecutive win.

McCollum earned the victory in net for Grand Rapids thanks to a 41-save performance while Lake Erie’s Joonas Korpisalo made 13 saves in defeat for the Monsters.

Next up for the Monsters, it’s a Friday clash vs. the Chicago Wolves with full coverage underway from The Q at 7:00 pm on SportsTime Ohio and ESPN 850 WKNR.