Monsters Jump Out To An Early Lead, Defeat Charlotte 3-2 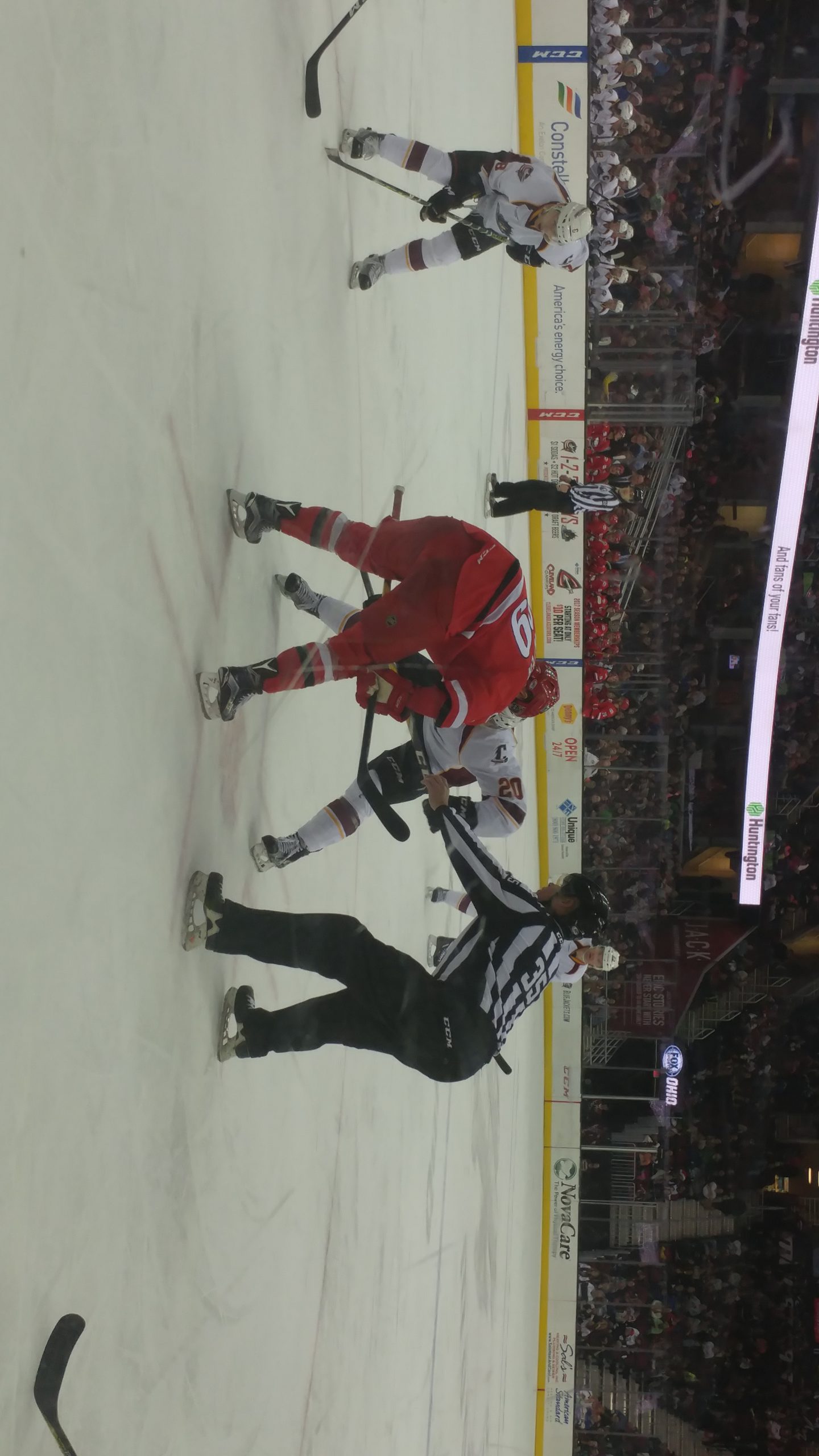 CLEVELAND, Ohio- The Cleveland Monsters took on the Charlotte Checkers on Thursday night, as they were trying to make it three in a row. The Monsters would do so with a 3-2 win over Charlotte.

The first period was a full twenty minutes of Cleveland executing to perfection on both ends. The Monsters were able to control the puck for most of the period and made the most of it, making Charlotte’s Goaltender Michael Leighton work for every save. Keegan Lowe had a blatant trip on Sonny Milano that set up a penalty shot for Cleveland. Milano converted the penalty into a goal with a top-right backhanded shot to make it 1-0 Cleveland. Justin Scott increased that lead to 2-0 after a gorgeous pass from Aaron Palushaj. After Scott scored at the 17:01 mark of the period, the first would end with the Monsters leading 2-0, taking full advantage of the 12-4 shots on goal lead.

The second period was another strong effort put out by Cleveland. Cleveland avoided the penalty box completely and outshot Charlotte 23-12 as the period ended. Add a Justin Scott goal at the 14:35 mark and the Monsters were up 3-0, looking very dominant to that point. There was a feeling of nervousness around The Q late in the second period when Jordan Maletta hit the ice. Maletta would be helped off the ice and return in the third period. Charlotte would add a late goal, but the momentum was easily with Cleveland going into the third period.

In the third period, Charlotte would score at the 8:47 mark off of a power play set up by a Ryan Stanton tripping penalty to make it a 3-2 game. Though the Checkers would continue to be scrappy and physical until the end, the Monsters would hold them off and take a 3-2 win.

The Monsters are now 15-11-1-2 and play again on Wednesday, December 28th against Grand Rapids.