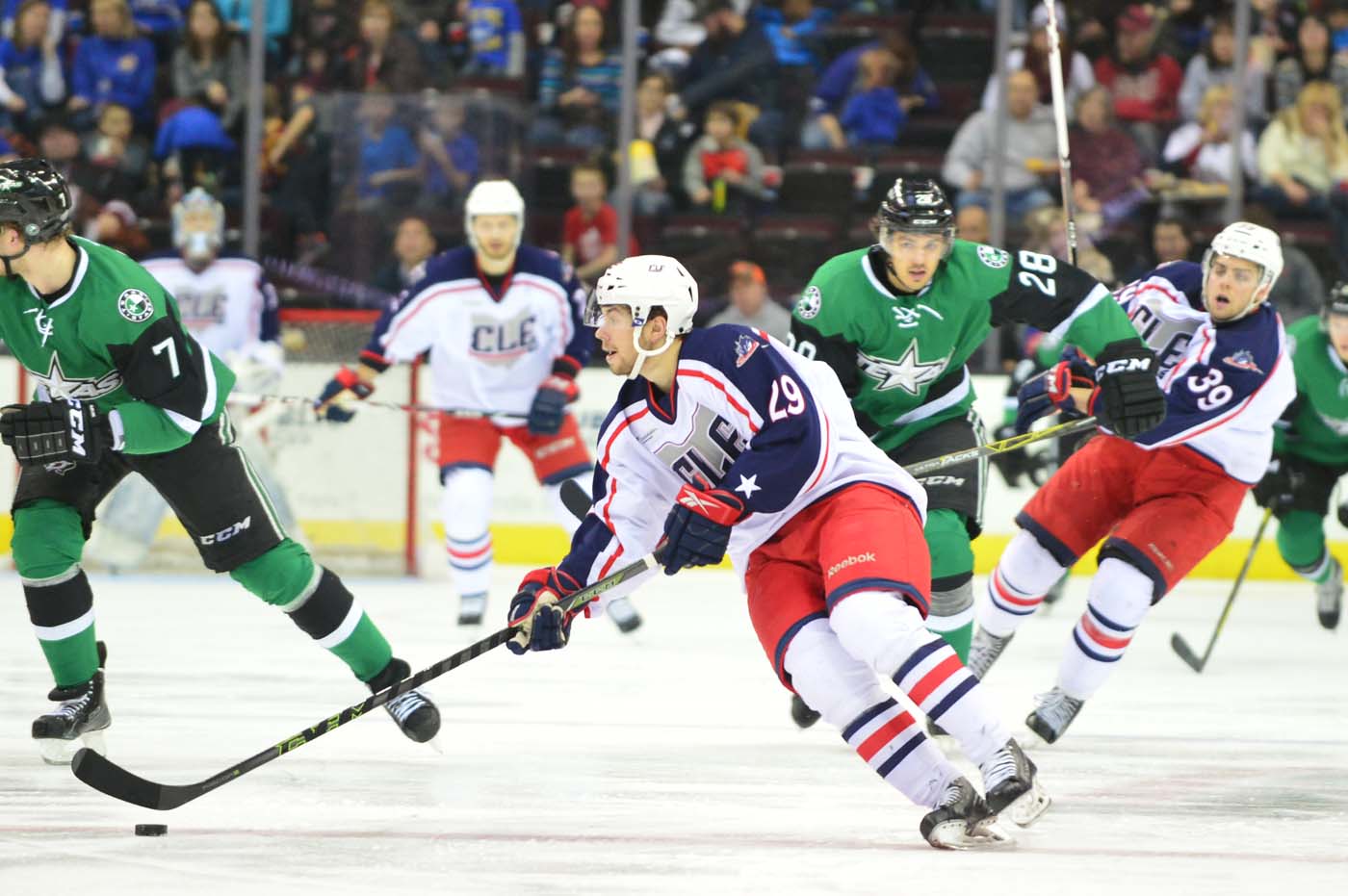 The Lake Erie Monsters kicked off a pair of back-to-back games against the Texas Stars on Friday night, holding off the Stars 3-2. 9,533 fans witnessed the win, as the Monsters continued their home dominance, where they are now 13-4 with one overtime loss and two shootout losses on the season.

After a scoreless first period, the Monsters broke the tie late in the second period when Manny Malhotra scored his second goal of the season on the power-play at 16:57 with John Ramage and T.J. Tynan notching assists on the play. It was the All-Star, Tynan’s 24th assist of the season.

Texas tied it up a minute and a half later, thanks to a goal from Stephen Johns.

The Monsters regained the lead in the final minute of the second period, going ahead 2-1 on a goal from Lukas Sedlak. Sedlak’s second goal of the season was assisted by Nick Moutrey and Derek DeBlois.

Trent Vogelhuber added some insurance to the lead at the 7:52 mark of the third period, making it 3-1 with his seventh goal of the season, thanks to assists from Jaime Sifers and Dillon Heatherington.

Greg Rallo brought the Stars within one at the 16:05 mark of the final period, but the Monsters held on to win 3-2.

Goaltender Brad Thiessen, who has done an admirable job since the call-ups of Anton Forsberg and Jonas Korpisalo to Columbus changed the Monsters’ goalie situation, finished the night with 30 saves, improving to 4-2-2 in the net.

The Monsters remain in fifth place in the Central Division and improve their record to 22-15-4-3 on the season. They are right back at it Saturday afternoon with a 1 PM face-off against the Stars at Quicken Loans Arena.

Monsters Center T.J. Tynan Added to the AHL All-Star Classic
Monsters Fall at Home to Stars 3-2 in Second of Back-To-Back