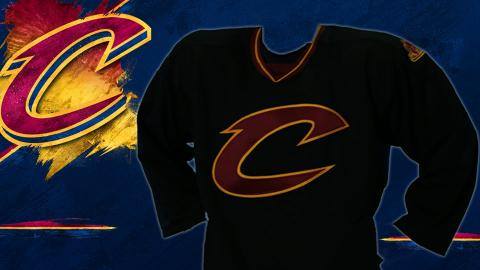 The Monsters entered play in a bit of a slump, going 4-5-1 over their previous ten games, and losing four of their last five games.

It was “Cavs Night” at the Q, as the Monsters wore Cleveland Cavaliers-themed jerseys, and over 12,000 fans came out to support the Monsters. Lake Erie did not disappoint, and defended home ice, similar to how the Cavs have defended home court, coming away with a 2-1 victory against the best team in the AHL.

It was a physical game from the puck drop, as both teams made some huge hits early on, and the game was scoreless after one period of play.

The game remained scoreless until 12:55 into the second period, when T.J. Tynan smacked home his second goal of the season to put the Monsters ahead 1-0. Tynan is an unselfish player, who already has 19 assists this season, but made the most of the assist from Kerby Rychel.

Lake Erie struck again just 39 seconds into the third period, as Michael Paliotta made it 2-0, scoring a power play goal, his fourth goal of the season.

The Marlies rallied back in the closing minutes of the third period, making it a 2-1 with 4:26 remaining, as Nikita Soshnikov put Toronto on the board.

The Monsters held on after Toronto pulled their goaltender, Antoine Bibeau, with just over a minute to play. It was only Bibeau’s fourth loss of the season in 15 starts.

Goaltender Anton Forsberg had one of his best performances of the season, as Forsberg held the Marlies scoreless for the first 55 minutes of action, and earned his 12th victory of the season. He finished the night with 19 saves.

The Monsters improve to 17-9-2-2 with the win and will embark on a ten-game road trip. They will not return to Quicken Loans Arena until January 20th. The first game of the trip is a rematch in Toronto, at 3 PM on New Year’s Eve.