Monsters Fall in Shootout 1-0 to Iowa 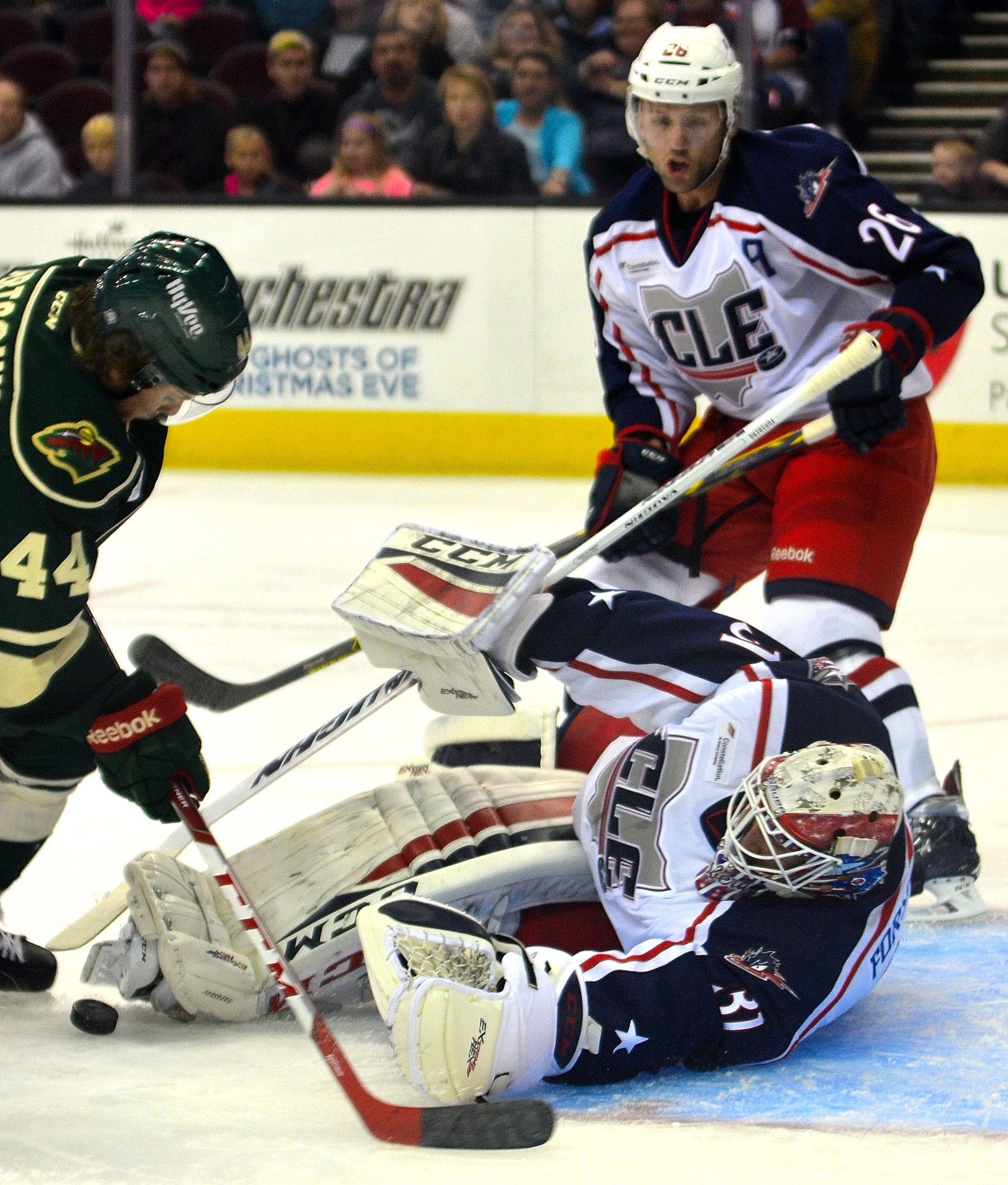 CLEVELAND – The Lake Erie Monsters hosted the Iowa Wild for the second time in two nights after winning the home opener 4-1.

Anton Forsberg got the night off as Joonas Korpisalo made the start at goalie for the Monsters.

Iowa rested their starting goalie Jeremy Smith as well and gave the start to Leland Irving.

Monsters wing Kerby Rychel was called up to Columbus for the second time in two days after scoring two goals along with an assist in the home opener.

Both teams looked fatigued playing in the second night of back to back games and went scoreless through all three periods of regulation, sending the game into overtime.

It was the first time in franchise history the Monsters played an overtime match since the AHL format changed to 3-on-3 sudden death overtime at the Q.

Neither team could score in the five minute overtime and the Monsters and Wild headed into a three-round shootout.

The shootout went neck and neck into six rounds after both teams each other answered back one after another.

The Monsters lost in the shootout 3-2 and lost the game 1-0.

Lake Erie’s defense was outstanding in the two game series at home vs Iowa allowing just one goal total.

The Monsters head to Manitoba for a two game series against the Moose beginning Thursday night and concluding on Saturday.