Monsters Fall in Milwaukee to the Admirals 3-1 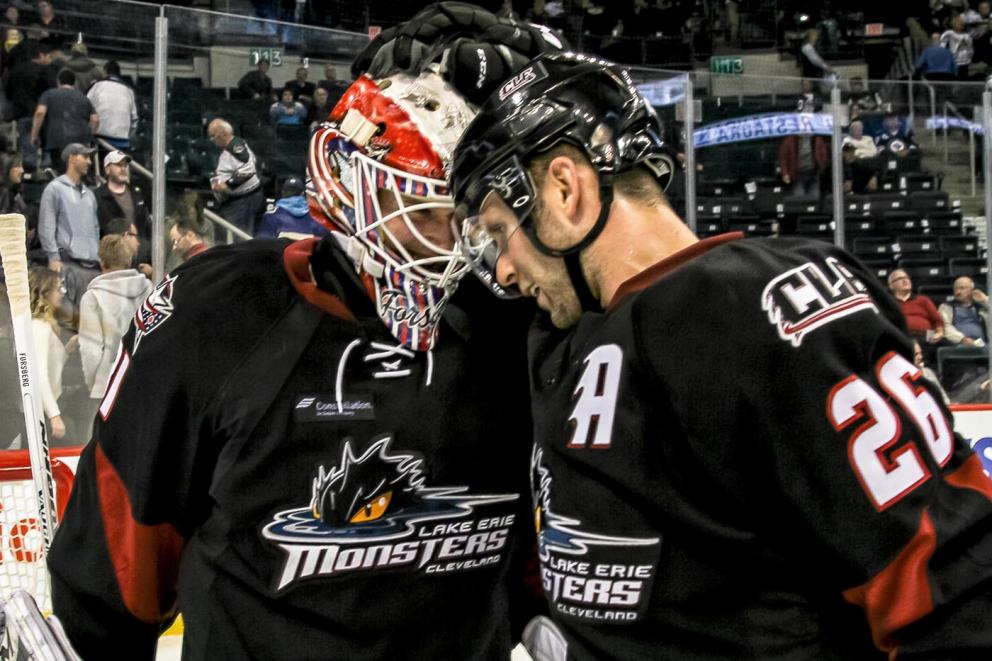 MILWAUKEE, WI – Cleveland’s Lake Erie Monsters saw their season-long six-game point streak come to an end on Friday at the BMO Harris Bradley Center in Milwaukee thanks to a 3-1 defeat at the hands of the Milwaukee Admirals. With the loss, the Monsters fell to 4-2-0-2 overall this season and with ten points and a .625 points percentage, currently rank alone in third place in the AHL’s Central Division standings.

The Admirals grabbed a 1-0 lead at 14:08 of the opening period when Viktor Arvidsson scalded home a power-play goal from the left circle at 14:08 before an even-strength deflection midway through the second put Milwaukee up 2-0 with Anthony Bitetto receiving credit for his first tally of the season at 12:31 of the middle frame.

Already in the midst of a power-play, the Monsters finally broke through on the scoreboard at 18:36 of the third period when Alex Broadhurst made the most of a 6-on-4 advantage, with Lake Erie having pulled goaltender Anton Forsberg for the extra attacker, and notched his first of the season to make it 2-1 with Daniel Zaar collecting the lone assist on the play.

Milwaukee sealed the win, however, at 19:28 of the third when Max Reinhart netted a victory-clinching empty-net score.

With the loss, Forsberg fell to 3-2-0 this season despite a 20 save performance while Jusse Saros claimed victory in net for the Admirals thanks to a 32-stop showing.

Next up for the Monsters, it’s a Saturday road tilt vs. the Iowa Wild with full coverage live from Wells Fargo Arena in Des Moines, IA underway at 8:00 pm on 99X and the Monsters Hockey Network.